I recently read a post author-extraordinaire wrote for Rainbow Romance Writers and I felt compelled to share it with you. Thoughts like these contribute, I'm sure, in large part, to her being such a wonderful and popular storyteller.

Can Note
By Amy Lane

The thing to remember about word choice is that words have layers, accretions of time and history stacked upon them, like colors made mixed (combined, swirled, distorted) with a palette knife and hand-mixed oil/mineral paints. A tiny bit (smidgen, dash, soupcon) too much tint, and the picture goes murky (dark, black, inky) as a politician’s soul (pitch, night, an old whore’s heart, an preacher’s conscience).

A tiny bit too much tint (brightness, light) and the picture (portrait, landscape, study) blinds us with optimism. As my daughter (spawn, offspring, child, kid, immediate female descendent) says, “Mom, if you made us look any better in print, people would think we crapped (shit, farted, expelled) rainbows and burped (barfed, belched, regurgitated) daisies. She is right—although my spawn do shit rainbows and burp daisies—her point remains: every word, every detail helps to build a complete picture of plot, setting, character and theme.

I have always had a love affair with language. 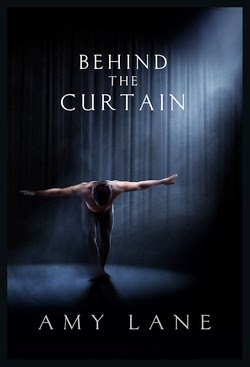 When I was in fourth grade I was mocked by my peers for telling my teacher that I had a more “specific” answer.

When I was in high school, when we were asked to write sentences with our fifteen vocabulary words for the week, I strung my sentences together into a story.

When I taught high school, we would review the student’s vocabulary lists every week, and I knew word, definition, part of speech, a host of synonyms, and context from memory—and, more importantly, from instinct.

But until I sat down every day to write, and to write more, I don’t think I mastered them.


For one thing, that whole “less is more” idea didn’t even (permeate, penetrate, seep) into my consciousness until I had a deadline and a specific idea that I had (was obligated, was challenged, was forced) to get across in 20K or less. For another, the idea of “genre” fiction hadn’t quite percolated. It is important that we don’t let prose suffer in genre fiction, true—but falling in love with our own prose is not nearly as conducive to good storytelling as falling in love with our own characters.

I’m lucky—I had an excellent travel guide through the wooly paths of the English language. Six years of teaching George Orwell’s essay, “Politics of the English Language” made me aware of the pitfalls of using the AP English student’s vocabulary list as a map to the fantastical (amazing, gorgeous, orgasmic) land of perfect illustrative word choices. Thanks to Orwell—and I knew that essay almost by heart for a while—I was able to avoid using every fifty-cent word I possibly could, when a dime’s worth of verbiage would do. But it was more than that.

Years of interpreting works written by true masters of the English language made me aware of the difference in word choices, not just the simplest of word choices. Would I rather my alien landscape be “hot and dry”, “oppressive and sterile”, or “scorching and barren”? Each choice is like a different trail for the reader’s thought process to take. If I pick “hot and dry”, the words are so common that my reader will automatically look for another emphasis. There is no room for other interpretation, some other plot device must provide conflict. Who can focus on “hot and dry?”

If I choose “oppressive and sterile” I’ve implied not only an outside force in the word “oppressive”, but almost a moral judgment in “sterile”. I’d use “oppressive and sterile” if there was a government conflict, or some sort of alien force to fight, or if the narrator needs to fight his or her own prejudices against the new environment. Those two words have already done part of my plot and thematic work for me, just by describing the landscape.

But what if I used “scorching and barren”? Those are very sensory specific words. “Scorching and barren” describes the strip of I-5 between Bakersfield and the Grapevine—no political conflict, no underlying plot, just sheer, stinking inhospitable land. Those words emphasize a conflict of environment only.

The official word for this sort of differentiation (discernment, implication) is “connotation vs. denotation”—and when I was teaching, I spent all year weaving this idea through vocabulary lessons, literature interpretation, and writing workshops. The difference between connotation and denotation is as important as the difference between “anti-personnel device” and “bomb”.

Denotation is the specific, exact dictionary meaning of a word. Connotation is what the word means to our ears and our hearts.

Connotation and denotation are the simple distinction between what things mean intellectually (denote), and what they mean emotionally, (connote). The difference between these meanings in a word can destroy a work.

Hell, they can start a war.

I grew up in a town with a population that was over 50% Mormon. Those kids were my friends, my peers, my playmates. One day, in a discussion with my grandmother, she called the Mormon religion a “cult”. When I protested, she said, “Look it up. In the dictionary, a ‘cult’ is a religion that’s been around less than two-hundred years.” Sure enough, our version of Merriam-Webster had a definition very close to that.

I didn’t have the words connotation or denotation in my arsenal (my education was small-town at best) but I did know that you couldn’t do that. I remember, very clearly, saying, “Grandma, that’s not what people are going to hear when you use that word. There’s a power to words like ‘cult’ that you can’t find in the dictionary.”

She didn’t believe me of course, and I stalked off, pissed and irritated (which, for the record, is the way I get around my stepmom a lot too—I do not have good karma in store for me when I’m older) but also convinced I was right. Then I became an English teacher, and God gave me the magic (mystical, enchanting, powerful, power-filled, otherworldly, alchemical) words: Connotation and denotation.

The gut feeling that all writers need to inform them on choosing the colors for their word pictures wisely.