In honor of Pride month, My AIDS Buddy Novel, CAREGIVER is On Sale for 99 Cents! 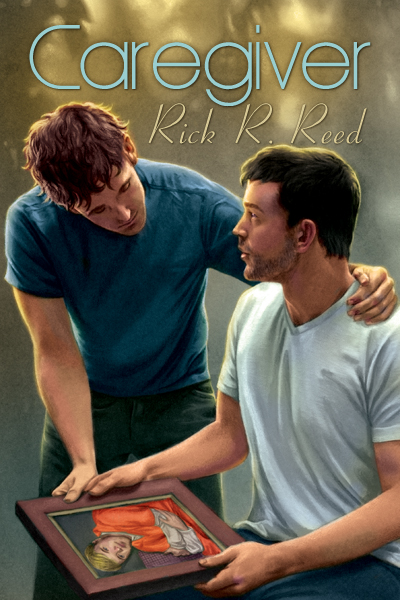 For Pride month, my award-winning novel (EPIC Award for Best Romance, 2013) is on sale at Dreamspinner Press for only 99 cents! My AIDS 'buddy' from Tampa in the early 1990s, Jim, inspired the book.

Here's the true story of our relationship. I hope you'll give the novel it inspired a chance. Get your copy here.

BASED ON A TRUE STORY
Picture it: Tampa Bay, Florida, 1991. A young man flees a troubled life in Chicago to begin anew on the Gulf Coast of Florida. White sand beaches and azure waters beckon. Shortly after landing in Tampa Bay, the young man, in a gesture of solidarity with his gay brethren who are dying by the thousands, volunteers to become an AIDS buddy, focusing his attention on one victim of the virus...

Actually, if you've read the blurb of my award-winning novel, CAREGIVER, you might think that the above is an alternate synopsis I wrote for the book. But the truth is it's about me. Like my main character in CAREGIVER, Dan, I too fled Chicago for a new life in Tampa, FL and I too joined a program that supplied AIDS buddies to those suffering from the virus. In 1991, the afflicted had a very bleak outlook. But sometimes, we meet a person who can overcome that bleakness with biting wit, humor, grace, and style. My buddy was just such a man--he left a mark on me that has stayed with me until this very day and will always be one of the most special people I have ever met. It took me more than twenty years to write about Jim, my AIDS buddy from 1991(who becomes "Adam" in the novel), my funny valentine who ended up dying in the Florida State Prison--but I think the results are ultimately worth it.

BLURB
It’s 1991, and Dan Calzolaio has just moved to Florida with his lover, Mark, having fled Chicago and Mark’s addictions to begin a new life on the Gulf Coast. Volunteering for the Tampa AIDS Alliance is just one part of that new beginning, and that’s how Dan meets his new buddy, Adam.

Adam Schmidt is not at all what Dan expected. The guy is an original—witty, wry, and sarcastic with a fondness for a smart black dress, Barbra Streisand, and a good mai tai. Adam doesn’t let his imminent death get him down, even through a downward spiral that sees him thrown in jail.


Each step of Adam’s journey teaches Dan new lessons about strength and resilience, but it’s Adam’s lover, Sullivan, to whom Dan feels an almost irresistible pull. Dan knows the attraction isn’t right, even after he dumps his cheating, drug-abusing boyfriend. But then Adam passes away, and it leaves Sullivan and Dan both alone to see if they can turn their love for Adam into something whole and real for each other. 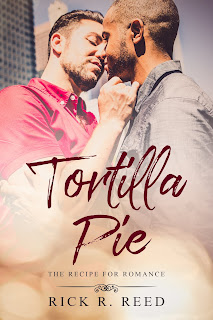 I'm happy to announce that my short story, Tortilla Pie is now available on Amazon (1.99 or free if you have Kindle Unlimited) as an ebook.

The story was inspired by my volunteer work at Seattle's YouthCare organization, where I used to prepare and serve meals for homeless youth. I love that a romance could arise out of such a situation and the story reflects that.

Hope you'll pick up a copy!

BLURB
When Anderson, homeless on the streets of Seattle, first spies Josh, a volunteer at TeenCare, he immediately falls for him, even though TeenCare forbids client/volunteer interaction. Anderson thinks: "And speaking of noticed, I think I was, just a few minutes ago. One of the volunteers was coming by and we locked eyes. You know, the way two guys do. Two gay guys, anyway, who like what they see. It's not like a casual glance—those only last for a second or maybe two at the most—but when two gay dudes notice each other, man, that eye-to-eye lingers. You know what I'm sayin'?

"And that boy? He was fine. Or to roll back to one of my mama's expressions from back in her day—he was fly."

In spite of the youth center's policy of volunteers and clients interacting beyond the most superficial ways, will love discover a way around the policy, so Josh and Anderson can be together?

EXCERPT
By the time I arrived at TeenCare at the corner of Melrose and Denny, the purple-painted building looked welcoming in the cheerful sunshine. A few kids milled around outside, waiting for the doors to open in a couple of hours for lunch. One of them smiled at me, and I grinned back at him, a little shy.

Even though I was twenty-five, I didn’t look it. My build was slight and I had a baby face I thought I’d never shed. How I presented myself to the world also helped me blend in with the population we served. I had brightly colored floral tattoo sleeves running down both of my skinny arms. My hair (reddish brown) was buzzed pretty close to my skull. I had three piercings in my left ear, one in my nose, and favored ironic T-shirts (Speed Racer, anyone?), skinny jeans, and black Chucks. In other words, a typical Seattle hipster look. Whenever my mom, from conservative Bellevue on the east side, got together with me, she would lament my fashion sense and ask if I ever planned on growing up.

But I digress. I said this kid, young man, really, grinned at me when I walked up to the door, and even spoke. He was cute; I had to admit it. I would also have to admit even this tiny bit of attention from him set my strings to thrumming. But no, my attraction was not a pervy thing. He looked easily at the late-teen, early twenty upper limits of the kids we served. But still, one of the rules we lived by as volunteers was not to be too friendly with clients. Of course we could smile and chat a bit as we served them in line, but anything beyond that was expressly forbidden by the volunteer code of ethics.

I guess they didn’t want to attract the “wrong” kind of volunteers for the shelter. After all creeps preyed on these kids the moment they alighted from a bus from places with names like Yakima or Kittitas or Chelan. TeenCare was supposed to be a safe place, a refuge.

But still, this guy ticked off some boxes. His smile, his confident—and baritone—“hey” made me feel singled out, special. For a love-starved guy like me, it didn’t take much these days. What could I say?
The fact he was just my type was even more of a recipe not for tortilla pie, but for disaster. He was very dark-skinned, with the most amazing pale brown eyes, flecked with yellow, I’d ever seen. His hair, like mine, was buzzed close to his skull. And that smile? Who could resist such a wide grin? Such perfect teeth with just a hint of an overbite? That smile truly, if you’ll pardon the cliché, lit up his face with its joy and the fact that he seemed to want to pass that joy along to everyone he met.
I sighed and forced my eyes away from him.