How to Let Go of the Books You Write 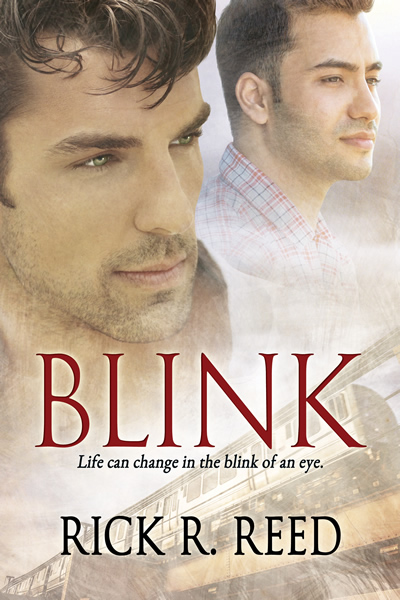 
It takes two to tango. And it takes at least two to make a book. Just like a play needs an audience to fully come alive, a book needs a reader for precisely the same reason.

One thing I have to constantly remind myself as a writer is that, once I have written the words, ‘the end’ to a story is that I must let go. As much as I labored over the book, dreamed about it, had conversations with myself about it, agonized over word choice, character hair color, continuity, repetitive words and phrasing, the time comes when the book meets the public which signals that it’s time for me to step aside.

A book is a conspiracy between a reader and a writer. The reader has to bring it to life through his or her imagination. The wonderful thing about that whole process is that my story can become so many different stories when filtered through each reader’s unique frame of reference. I have no doubt that no matter the care I take in describing characters and setting, each reader sees them differently because each of them come to the table with different experiences, biases, and memories. All of those things have a bearing on the triggers my words pull in a reader’s mind.

It’s really quite a lovely process when you think about it. And maybe the readers out there reading this blog never really considered the vital work they play in every book’s success or failure. Writers provide a roadmap, signposts, but it’s really up to the reader to run with it, to make of it something real, a mind movie for one.

What’s my point? I guess it’s to share with you a little of what motivates me as a writer and what, for me is both a blessing and a curse. See, when I am working on a book, which is almost always, I am alone with those characters, immersed in their little world, consumed by their passions, their fears, their desires, their comedies of errors. I have never been one for sharing much of my unfinished work with anyone else. That would somehow be wrong, at least for me. In order to create, I need to be able to slip into a world inhabited only by my characters and me. It’s always a bittersweet moment when I write the words, ‘the end’ and know I am moving on. Sure, there will be editing, the thrill of seeing the cover design, the agony of trying to help craft the blurb, but once you type ‘the end’ it means just that. You’re giving your characters and their world away.

I think it’s very difficult for some writers to realize that once they’ve ‘given birth’ to a book that it really no longer belongs to them. It belongs to the readers, the reviewers, the world. If you create with publishing in mind, it’s a harsh reality to accept—your book no longer belongs to you alone, but it’s gone off into the world, much like a child finally moving out of the house. Once you let go, you also must let go of trying to control what happens (same for books, same for kids).

And that’s hard. You hate to see your book suffer at the hands of people who don’t understand it, you celebrate it when someone ‘gets’ what you were trying to say.

But you must let go. The book is a piece of the world now and takes on a life of its own. Remember what I said earlier? A book is a conspiracy between a writer and a reader and the reader, each in his or her own way, makes the story his or her own.

I guess what prompted all this was a discussion recently at one of my publishers’ forums wherein authors were discussing, once again, how to respond to negative reviews and downright nasty ones, and the prevailing wisdom, at least to my mind, was with silence. I agree.