Christmas Past: A Holiday Excerpt from ORIENTATION 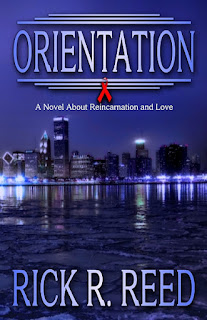 With Christmas just around the corner, I thought I would share with you a sample from my reincarnation love story, Orientation, which won the EPIC eBook Award in 2009 as the Best GLBT Novel of the Year. This excerpt takes place at Christmas, 1983.