Guest Post from Author Laury A. Egan: When a Funny Guy Comes to Visit 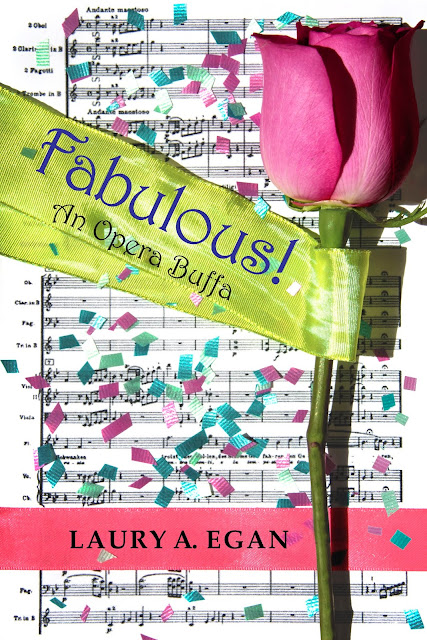 When a Funny Guy Comes to Visit
by Laury A. Egan

Rarely does a writer have fun creating a book. Yes, there are special scenes, a bit of humorous dialogue, or a serendipitous turn of phrase that please, but mostly our job is hard work. Long hours sitting in front of a computer, long nights dreaming about what we’ll write the next morning on the computer, and clusters of notes around the computer that require eventual insertion. Most of what we do requires grit, tenacity, and a large dollop of obsessive-compulsive behavior. However, in stark relief from my previous novels, Fabulous! An Opera Buffa, was wicked fun from the beginning.
One summer day, while I was sitting on the deck, gazing serenely on the ocean, Gilbert Eugene Rose flew in for a visit, rather like Peter Pan arriving in the open window of the Darling house.

Immediately, Gil made me giggle. He was arch, charming, sweet, irresistible, nor would he be ignored, so I set down my iced tea and rushed to the keyboard, wherein he acted like a greyhound let off the leash. After telling me of his psychic reading by Madame Clara, in which he was informed, “It’s just a matter of time,” Gil explained this meant he would achieve his goal of singing in a professional opera production and finding his one true love.

Well, with Gill, things are never easy, and he soon finds himself hired for a soprano lead in a Mozart opera and the Duke of Mantua in Rigoletto, with a lesbian mobsterette, La Donna, requiring Handel in between. His madcap adventure—changing wigs and identities—becomes more complicated when La Donna reignites a dangerous feud with the producer of one of his operas. This lands Gil in the middle of Mobster Boulevard and me holding my hat, trying to keep up with his zippy tale. And there is also romance brewing with the hunky Hank—of course there is romance!

Where did Gilbert come from? This gay guy who sings opera and performs the occasional drag show? I have absolutely no idea except to say that the process was akin to channeling (either that or I have multiple-personality disorder in addition to obsessive-compulsive issues). Regardless of his origins, Gil made me laugh and provided a much needed antidote to our depressing times and serious relief from my literary endeavors. I hope readers will enjoy visiting with him as much as I did. 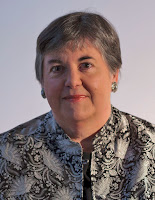 Laury A. Egan is the author of The Outcast Oracle, Jenny Kidd, and Fog and Other Stories. Her poetry has been issued in limited-edition collections: Snow, Shadow, a Stranger; Beneath the Lion’s Paw; The Sea & Beyond; and Presence & Absence. Her website: www.lauryaegan.com

Paperbacks and eBooks are available from Tiny Fox Press:
http://tinyfoxpress.com/product/fabulous/
Amazon, Barnes & Noble, and your bookstore.
Posted by Rick R. Reed at 12:30 AM