Free Copies of My Audiobooks!

I just got an e-mail from ACX, the Amazon company I work with to produce audiobooks, with free download codes for all of the five titles I have for sale.

I'd love to offer a few copies to readers of this blog, in exchange for an honest review on Amazon/Audible. Of course, social media mentions would be great as well, but that's entirely up to you.

Below is what I have on offer. I have five freebie codes for each and I will give up to two of each to blog readers. Just let me know at jimmyfels@gmail.com. First come, first served. I'm not giving them ALL to you guys because I want to save some back for various promos/reviews. 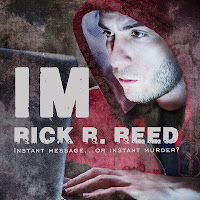 IM
The Internet Is the New Meat Market for Gay Men Now a Killer Is Turning the Meat Market into a Meat Wagon.

One by one, he's killing them. Lurking in the digital underworld of Men4HookUpNow.com, he lures, seduces, charms, reaching out through instant messages to the unwary. He's just another guy.

They invite him over. He's just another trick. Harmless. They're dead wrong.

When the first bloody body surfaces, openly gay Chicago Police Department detective Ed Comparetto is called in to investigate. Sickened by the butchered mess of one of his brothers left on display in a bathtub, he seeks relief outside where the young man who discovered the body waits to tell him the story of how he found his friend. But who is this witness...and did he play a bigger part in the murder than he's letting on?

For Comparetto, this encounter with a witness is the beginning of a nightmare. Because this witness did more than just show up at the scene of the crime; he set the scene. And maybe, he's more than just a killer...maybe he's dead himself.

Comparetto is on a journey to discover the truth, a truth that he needs to discover before he loses his career, his boyfriend, his sanity...his life. Because in this killer's world, IM doesn't stand for instant message...it stands for instant murder. 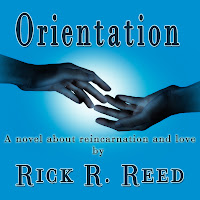 Orientation (EPIC eBook Award Winner! Best GLBT, 2009)
Christmas, 1983: A young man, Robert, tends to his soul mate, Keith, who is dying from AIDS. Robert tries valiantly to make this a special Christmas for his lover, but loses the fight late Christmas night. 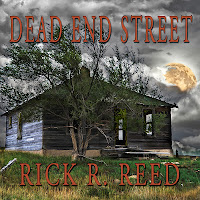 Dead End Street
The old house at the end of a dead-end street is more of a dead end than anyone realizes......

They are five misfit kids who have banded together in their small Ohio River town. Over the years, they had organized various clubs, and now they've formed the Halloween Horror Club. The premise is simple: each week, each teen spins a horrifying tale, and at the end of five weeks, the scariest story wins a prize. The twist: the stories have to be told in the infamous and abandoned Tuttle house, where, fifteen years earlier, nearly an entire family had been murdered in their beds.

The idea of the club seems like a good one, until the kids begin to realize they may not be alone in the Tuttle house, which backs up against the woods. There seems to be someone--or something--watching them. Is it Paul Tuttle, the son who, while still in his teens, disappeared the night his parents and sister were killed? Or is it someone even more sinister?

With each story (each a completed short, original horror tale that stands on its own), the tension mounts...and so does the anger of the house's mysterious inhabitant. He is enraged at having his space violated, and his rage could mean a real dead end for those who dare to invade his home...

Obsessed
I kill, therefore I am… 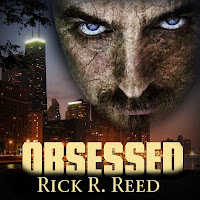 A witness has seen him, but his killing only turns her on and now she wants to protect him. His wife suspects him, but the private detective she hired cannot stop him. Joe MacAree fears nothing--except that he may no longer be human. The thirst that drives him is relentless, moving deeper and deeper into his own shattering, private realm, where each murder is a delicious new gift of life, where revulsion is beauty, and the obsession will never let him go. 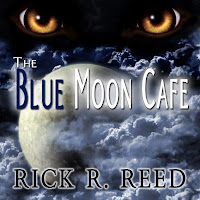 A creature moves through the darkest night, lit only by the full moon, taking them, one by one, from the rain city's gay gathering areas.

Against a backdrop of horror and fear, young Thad finds his first true love in the most unlikely of places--a new Italian restaurant called The Blue Moon Cafe. Sam is everything Thad has ever dreamed of in a man: compassionate, giving, handsome, and with brown eyes Thad feels he could sink into. And Sam can cook! But as the pair's love begins to grow, so do the questions and uncertainties, the main one being, why do Sam's unexplained disappearances always coincide with the full moon? Prepare yourself for a unique blend of dark suspense and erotic romance with The Blue Moon Cafe, written by the author Unzipped magazine called, 'the Stephen King of gay horror.'