FLASHBACK FRIDAY: IM, the Book that Will Make You Think Twice About Hooking Up Online 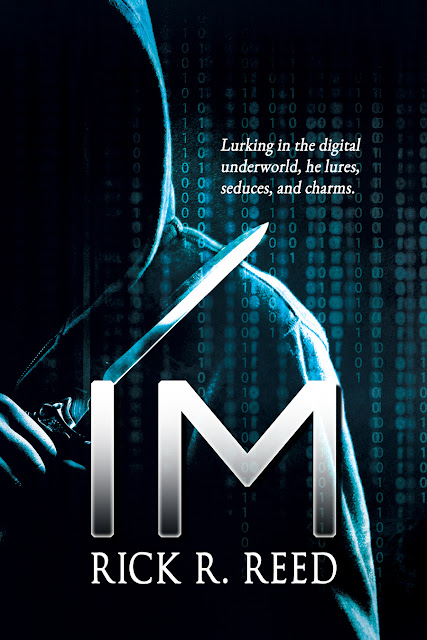 What Drove Me to Write my Serial Killer Thriller, IM

But then again, maybe you wouldn’t. After all, what are the odds that someone who writes a book about a murderer who uses instant messages to charm his way into the homes of his victims, where he will ruthlessly stab them and perpetrate all sorts of horrors on their bodies would actually do something so heinous?

IM comes from that comfort zone we probably all have: that place that tells us, “It couldn’t happen to me.” People, in general, don’t expect to be murdered. That’s why scores of young men on gay internet hook up sites often brazenly invite strangers into their homes. They believe it “couldn’t happen to them.”

This belief is the impetus for IM. The internet has made it so easy for us to meet other people, especially for sex. Who needs a bar, a social club, or even a bathhouse to meet a sex partner? Today, we can order up a roll in the hay almost as easily as we can order a pizza. And have it delivered fast, hot, and fresh… The temptation is so great that many of us cast caution to the wind and never do the things common sense might tell us when contemplating an online hook-up, things like meeting in public first, getting the details on your potential suitor like name, address, phone number and conveying those details to a good friend, just in case.

Instead, many men, every day, open their homes up to complete strangers. Strangers who have no connection to them. Who, if they’re careful, would leave no pesky traces like motivation or other associations investigators might look for. The internet has made it easy to perpetrate the perfect crime.

Enter my killer, Timothy Bright, who looks mild mannered but who’s twisted and broken on the inside. He knows how easy it is to chat someone up online and gain admittance to their homes. It almost never fails.

And that’s just how it works in real life. I thought that was scary…and so I began writing.

The Internet is the new meat market for gay men. Now a killer is turning the meat market into a meat wagon.

One by one, he’s killing them. Lurking in the digital underworld of Men4HookUpNow.com, he lures, seduces, and charms, reaching out through instant messages to the unwary. When the first body surfaces, openly gay Chicago Police Department detective Ed Comparetto is called in to investigate. At the scene, the young man who discovered the body tells him the story of how he found his friend. But did this witness play a bigger role in the murder than he’s letting on?

For Comparetto, this encounter is the beginning of a nightmare—because this witness did more than just show up at the scene of the crime; he set the scene. Comparetto is on a journey to discover the truth—before he loses his career, his boyfriend, his sanity… his life. Because in this killer's world, IM doesn't stand for instant message… it stands for instant murder.