On Writing Gay. On Being Gay 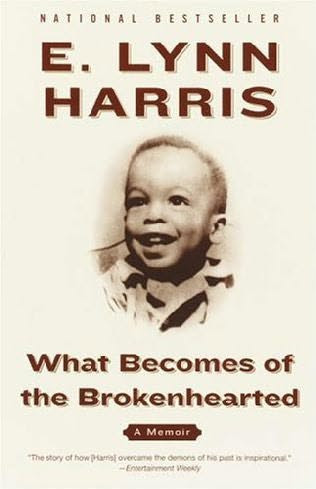 "Years ago it would have caused me great pain to even write the word gay on paper to describe myself... Writing has allowed me to change my self-hatred and doubt into true self-esteem and self-love."
--The late E. Lynn Harris in his 2003 memoir, What Becomes of the Brokenhearted


Wow. I was just having a little breakfast, a copy of Entertainment Weekly devoted to celebrities who has passed during the previous year open before me on the table when I came across that quote. To say it resounded would be putting it mildly. It was like someone had stepped into my own mind and eloquently sorted the emotions, memories, fears, joys, and hopes brewing there and instilled them into a few spare, eloquent words.

Beyond being gay men and writers, I don't know how much else we have in common. But I have traveled that same territory of self-loathing Harris describes. For so many years, I wore a mask and hid my true self in a closet. For most of my young adulthood, I was a married man, associated only with other straight people, and did not know what the inside of a gay bar looked like. I pondered checking out those vile groups that profess to change gay people into straight. I saw therapists, one of whom told me I could change and that my attraction to my own sex was simply my longing for the loving father I never had. My journey told self-acceptance was long and rough, and it pains me to think I was not the only one hurt on that journey. 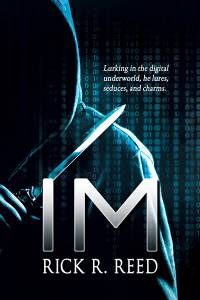 It now either makes me shake my head, laugh, or cry, when I hear people talk about the gay "lifestyle" or that being gay is a choice or a preference. When I think of how hard I struggled not to be gay, it's hard for me to fathom how someone could view this as a choice. These narrow-minded souls have only themselves to ask the question: when did you make the decision to be straight?

Harris's quote made me think about all of the above and why, today, my stories revolve almost exclusively around gay characters. And, with one exception, most of those stories show gay characters for whom sexuality is simply a part of their lives and not their exclusive reason for being. I try, with my work, to affirm my gay characters and to give them lives worthy of respect. It is only my gay villains--twisted, tortured souls--do I demonstrate not that being gay is unhealthy or wicked, but that not loving oneself can be incredibly damaging. I think that's why some of my gay antiheroes, such as serial killer Timothy Bright in IM

, want so much to be understood because they are beyond understanding themselves. 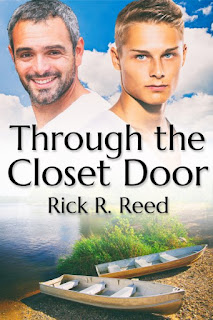 In my ebook short, Through the Closet Door, I write about a young man who was, very much like myself, in a straight marriage with a woman...a woman he loves (emphasis here is important) who struggles to accept something he doesn't want but can't escape. Toward the end of that story, he begins, just barely, to love himself for who he is and not who he thinks he should be.

It's been about twenty years since I was a young man similar to the one in that story, and I think the reason the quote I began this blog with resounds so much with me is that I never realized until today how much the things I write have enabled me to grow and develop not only as writer, but as a gay man. I can see how my increasingly turning to gay themes and characters has mirrored my own self-acceptance. I am lately writing a lot about love, and romance has taken a huge role even in my horror/suspense stories. That, I think, is more of a statement than I realized.

I have finally cast aside the chains of self-loathing that once bound me. I no longer hide that I am a gay man. And maybe, just as important, I can stand proud and say, "I write gay fiction...exclusively. Because these are my people..."