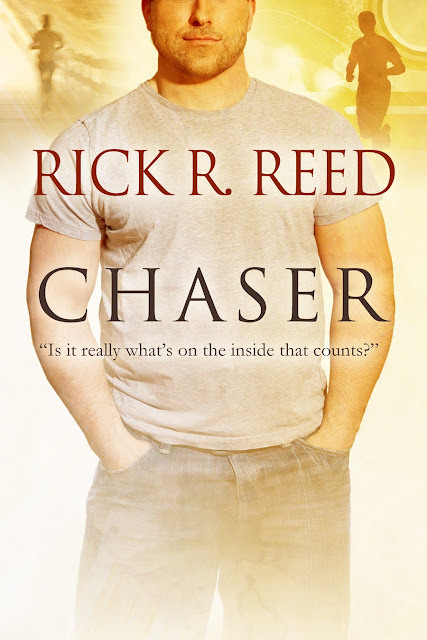 Today, I'm looking back at one of my early m/m romances, and loving the relationship between Caden and the adorable and lovable Kevin.

Here's a review from Insight Out! that sums up the book in a really cool way:

Caden DeSarro likes more cushion for the pushin’.  He likes them with more to love, a sentiment I fully understand and champion with my ever-expanding waistline.  In a world of twink-orexia and the Muscle Mary Mafia, Rick R. Reed explores what happens when your preference lies on the side of the meatier man.  And what a job he does!

On a regular night on the town with the scene-dream best friend and full-time Adonis, Bobby, Caden encounters the beefy Kevin Dodge, and after a hilariously bad first impression, the men get a chance for their second introduction on the El.  After two great dates and the premature assumption of a future, Caden is called out of town to help his sick mother and Kevin is left for six weeks feeling that he might not be the type of guy good enough for the hunky other man.  So he basically starves himself and exercises to exhaustion and when Caden returns, things get a little tense.  In a society where initial attraction is 100% visually based, what’s a boy to do when the object of his affection re-emerges and is just like all the guys he dismissed before?  Kevin is such a believable character that at times you actually see his good guy persona falter, hints of arrogance threatening around the edges.  He is so well characterised, he is completely human, his thought processes eerily accurate to the standard.

Reed’s descriptive prose is not wrought with adverbs or overtly dripping with meaning, yet the simple descriptions hold their own emotional meanings and after a few short pages, you are right there with the author, dancing down the streets of his hometown like you’d grown up there yourself.  It’s quite a feat to achieve but Mr Reed does it effortlessly and with seamless panache.  So as Kevin shrinks away and Caden is in turmoil as to whether or not he wants to carry on the relationship, what happens to the story?  How do we fill the awkward silence?

Introducing Bobby, the homosexual stereotype that makes you want to Linda Blair just reading about him.  Bobby seems to have no soul, and me being me, I do love a bad guy, especially one pretending so adequately to be a true friend.  We’ve all known a Bobby or two in our lives, the prettier than you guy whose self-worth is based on how he looks and who he takes home.  Bobby isn’t especially deep, his thoughts immediately going to his groin at every opportunity.  He wants what his best friend has, so he tries to take it.  For the sake of this book, that’s all Bobby needed to be, and damn if I wasn’t loving to hate the character from the get-go.  Luckily he wasn’t written off completely, the follow up story Raining Men giving the truth about why he is such an unrelenting so-and-so.

Chaser is light reading, a giggle and a drama all rolled up into two hundred-odd pages and interlaced with humorous references and comedic dialogue like the pro Reed has proven himself to be.  It was such a refreshing change to see a story approached from within, as with writing it’s difficult to ignore the visual.  But Reed defies the ordinary and scrapes away to a deeper level, grabbing the readers hand and taking them into the story with him.  I liked this book a lot, you should read it. 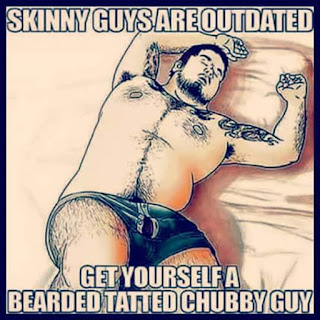 Caden DeSarro is what they call a chubby chaser. He likes his guys with a few extra pounds on them. So when he meets Kevin Dodge in a bar bathroom, he can’t help but stare, even if he does make an ass of himself. As far as Caden is concerned, Kevin is physically perfect: a stocky bearded blond with a dick that’s just right. (They met in the bathroom—of course he looked!) But Caden gets tongue-tied and misses his chance.

When Caden runs into Kevin one night on the El train, he figures it’s fate offering him a second shot. Caden manages to get invited back to Kevin's place for a one-night stand that turns into the kind of relationship he’s dreamed about.

But the course of true love never did run smooth, and Kevin and Caden’s romance is no exception. When Caden returns from a few weeks away on business, Kevin surprises him with a new and “improved” body—one that fits Caden’s shallow friend Bobby’s ideal, not Caden’s. Caden doesn’t know what to do, and his hesitation is just the opportunity Bobby was looking for. This isn’t the same Kevin he fell in love with… is it?