Dinner at Fiorello's: Where Food and Romance Are On the Menu 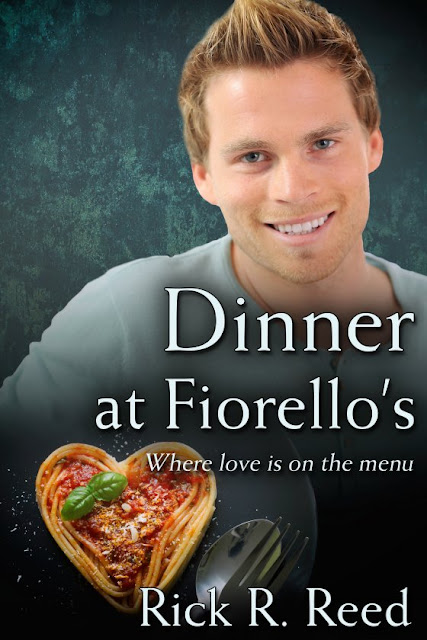 Although Dinner at Fiorello’s doesn’t contain actual recipes, it does contain a lot of food. Below is an excerpt that shows you our main character, Henry Appleby, on his very first—and very nervous—visit to the restaurant where he hopes to go against his family’s wishes and apply for a job working in the kitchen.

Read the excerpt, and if you’re intrigued by what Rosalie serves Henry, read on for the recipe. You should note that the Tripe Stew is a dish my Sicilian mom would make—and that I would always turn my nose up at. Now that Mom’s in Heaven, I’m sorry I never gave it a try. It always smelled delicious.

EXCERPT—“Tripe Stew and A Case of the Nerves” 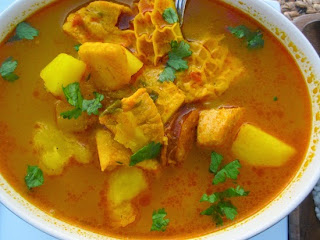 To serve 4, you’ll need:
2 lbs. pre-boiled tripe, cut into bite-sized strips (you need to pre-boil it for about an hour, just to tenderize it)
1 onion, diced
1 carrot, diced
1 stalk of celery, diced
Olive oil
A couple tablespoons white wine
8 oz. can of whole tomatoes, crushed up with your hands
4-6 small potatoes, peeled and diced
Salt and pepper to taste
1 Bay leaf
1 teaspoon each: dried basil, dried thyme
Parmesan for serving

Directions
1. In a large, heavy pot, sauté onion, carrot and celery in olive oil until soft, making sure not let any of them brown. Season with salt and pepper as you go.
2. Add the tripe strips and stir well. Simmer for a few minutes to allow it to take on the flavor of the aromatics. Then add white wine, raise the heat, and let the wine cook off.
3. Add tomatoes, crushing them with your hands as you add them to the pot, together with the bay leaf and herbs. Mix everything well and cover the pot. Turn down the heat to low and let it simmer for 30-45 minutes, until the tripe is tender and the sauce reduced. About halfway through the simmering, add the potatoes, mix them in, re-cover the pot and continue simmering. When the tripe is tender, if you find the dish too liquid, uncover the pot and raise the heat to reduce for a few minutes, until you have the consistency you like. Taste and adjust for seasoning.
4. Eat with grated parmesan cheese and a drizzle of olive oil on top.

BLURB
Henry Appleby has an appetite for life. As a recent high school graduate and the son of a wealthy family in one of Chicago’s affluent North Shore suburbs, his life is laid out for him. Unfortunately, though, he’s being forced to follow in the footsteps of his successful attorney father instead of living his dream of being a chef. When an opportunity comes his way to work in a real kitchen the summer after graduation, at a little Italian joint called Fiorello’s, Henry jumps at the chance, putting his future in jeopardy.

Years ago, life was a plentiful buffet for Vito Carelli. But a tragic turn of events now keeps the young chef at Fiorello’s quiet and secretive, preferring to let his amazing Italian peasant cuisine do his talking. When the two cooks meet over an open flame, sparks fly. Both need a taste of something more—something real, something true—to separate the good from the bad and find the love—and the hope—that just might be their salvation.