What Inspired Me to Write DINNER AT HOME 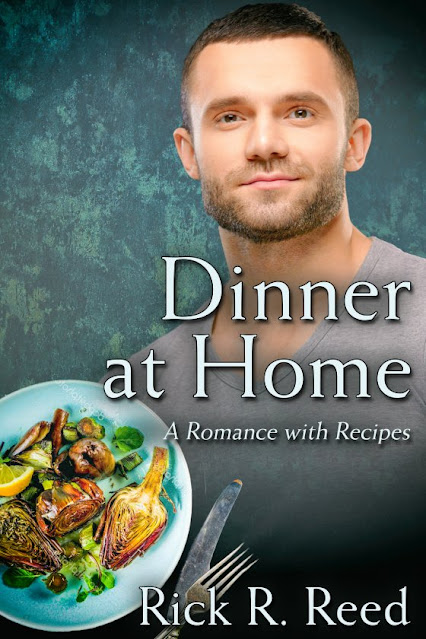 If, or hopefully when, you read my book, Dinner at Home, you’ll encounter Hank Mellinger, a homeless twenty-something who, when we first meet him, is staying at a Charity called Haven, where he gets room, board, and training in how to be a professional cook. Two similar charities exist in Seattle, where the book is set, Fare Start, which teaches cooking skills to the homeless, and YouthCare, which provides shelter, food, clothing, and vocational training for homeless youth, an astoundingly (or maybe not) large number of whom identify as LGBT.

When I lived in Seattle, I volunteered for YouthCare, cooking lunches and dinners once or twice a month with a group of my friends—we call ourselves the “It Gets Better” group. There weren't many things I did that were as satisfying, rewarding, and inspirational as this service. It warmed my heart to know that the food I made with my own hands was feeding kids who may not have anything else to eat the rest of the day. Their happiness at seeing what we made that day could bring tears to my eyes.

My experience with YouthCare is part of the reason I love my character Hank, in Dinner at Home so much. He’s like the kids I fed: streetwise, tough on the outside, but vulnerable too. They’re really barely more than children and they’ve been forced to grow up too fast and have seen too much. Hank is no different.

Here’s a little excerpt that shows you what Hank is all about—tough guy outside, but all heart on the inside:

“You really want to feed people this crap?” Hank Mellinger snapped at his new boss. Lined up in the kitchen of Haven, a charity that housed and fed the homeless of Seattle and provided chef training for some of its residents, were several industrial-sized boxes of generic mac and cheese mix. Alongside the boxes were sticks of no-name margarine and boxes of powdered milk.

His boss, E.J. Porter, an African-American woman with her hair braided tightly to her scalp and oval-rimmed frameless glasses, shook her head as she took in her latest charge.

“Hank. We have to face reality here. Now, as much as I would love to serve people mac and cheese with real cheddar, cream, and maybe roasted red peppers, we just can’t afford that kind of stuff on the measly funds we get from the state and what donors kick in. Hell, honey, we might as well do a béchamel and throw some lobster in too.” She patted his shoulder. “It’s a nice dream, sweetie. Now you need to get cookin’. Lunch is only a couple hours away and I still need you to chop and prep the salad.” She pointed to the sorry pile of heads of iceberg lettuce in the sink.

Hank shook his head. “So because people are poor, they have to eat this fucking shit? Why can’t we get some fresh vegetables? Is it that pricey? This stuff gives ‘em nothin’. Artery-clogging crap that might fill up their bellies, but doesn’t do a thing to keep ‘em healthy. Fuck.”

E.J. moved in close to Hank, so close he could feel her breath and maybe even a bit of her spittle on his face. She spoke softly, but there was an intensity, perhaps even a fury to her words. “Look, Hank, you just got here. I have been trying to run this place for the last nine years. You have no idea what I go through just to get the food we have to work with. You have no idea how grateful some of these people are for this ‘shit’ as you call it. It tastes pretty good when the last meal you had came out of a dumpster, if you had anything at all. We work with what we get. Some days it’s healthier fare than others, but all of it’s food. For hungry people. And you might not think that’s something, but it is.

“Now, you are just starting here. We gave you a roof over your head, food to eat, and we’re trying to help you find a career path as a chef. Haven may not be Le Cordon Bleu cooking school, but we will get you ready to work in a kitchen. We’ll give you knife skills, teach you how to make simple sauces, stocks, and soups, we’ll make a real cook out of you. Maybe not a chef, but a cook.

“Now you need to watch your language, watch your attitude, and get to work.” E.J. stormed away.

BUY
JMS Books
Amazon
If you want to know more about YouthCare (and maybe even donate), here’s a little more information: 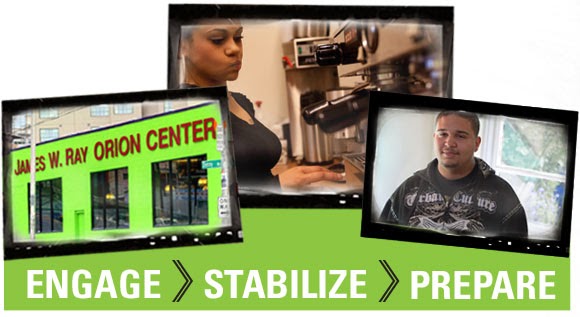 YouthCare History
For 40 years, YouthCare has been a leader in providing effective services to Seattle’s homeless youth.

In 1974, a group of concerned citizens started a three-bed shelter for homeless and runaway youth, the first in the Western United States.  Since then, we have grown to become a community-based agency with six sites serving the greater Seattle area. During that time, we have led the way in creating effective, innovative programs for homeless young people:


Contact
For general inquiries, including program information and donation options: info@youthcare.org or (206) 694-4500