The Wizard of Oz and Coming Out 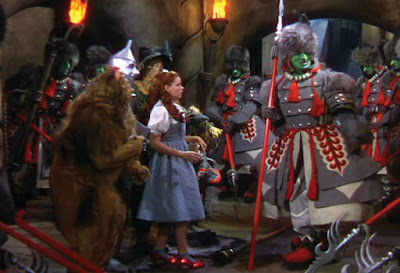 My senior year of high school, back in East Liverpool, Ohio, my school put on The Wizard of Oz as the spring musical. It was a kitschy mix of the original with some songs from The Wiz thrown in to make our version unique and hip.

Since I have always loved The Wizard of Oz (clue #1 that I might have been gay), I had to audition. For the singing part of my audition, I sang "Sentimental Journey", an odd choice for a small town high school boy (clue #2).

For my stellar singing talents, I was cast in the farmer's chorus (swaying in the background as Dorothy sang "Over the Rainbow"); as a ghost in the witch's castle (I got to come through the audience in a sheet, dancing); and as one of the witch's generals.

This last part is what caused me to have a revelation. There were fifteen of us generals and we all said the same line to the single private in the witch's army. If we wanted to stand out, we had to do something to differentiate ourselves. I chose to do a nasal voice (thinking that's all it was). When my fellow cast members heard the voice, they cracked up. It took me a while to realize what they found so hilarious was that they thought I was doing a gay general.

Oh, a gay general? Sure, that was what I had in mind. 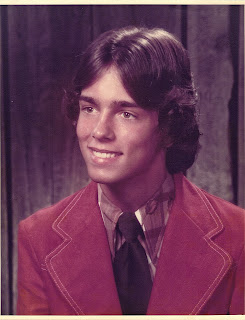 But now I wonder if it was the subconscious, closeted gay boy yearning to be recognized for who he was coming out. Even though I hadn't intended to be a gay general, I went with it and added a lace hanky to my sleeve and a sashay to my march that was so effeminate it would make Paul Lynde look butch. It was probably a horrible gay Uncle Tom moment, offensive, but I plead ignorance--on a lot of counts.

The audience loved it; they roared.

Now I can look back at that thespian moment in my life and see it for what it was--an unconscious moment of coming out, a moment where I was recognized for who I really was, recognized and laughed at, yes, but appreciated all the same. And remembered. And, in an odd way, accepted--because I was entertaining. Bringing what I so loathed about myself and was desperate to keep hidden to the forefront was, now that I look back, revealing myself.