It's that time of year again. Halloween is just around the corner and these six scary tales will put you in the mood...

For your consideration, I offer up six of my scariest novels and hope you'll check out one (or more!) as a Halloween treat! So, in no particular order, here goes: 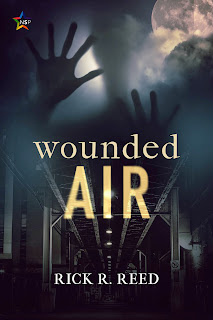 WOUNDED AIR
Rick and Ernie found the perfect apartment on Chicago’s West Side. Before they’re settled, Rick begins having all-too-real disturbing “dreams.” Each time, an emaciated young man with sad brown eyes appears, terrifying and obsessing him.
From their next-door neighbor, Paula, Rick learns about Karl and Tommy, who lived there before them. Tommy’s mysterious disappearance pains her. When she shares a photo of her with Tommy and Karl, Rick is shocked and troubled. Tommy is the man who appears to him in his dreams.
The ghostly visitations compel Rick to uncover the truth about Tommy’s disappearance. It’s a quest that will lead him to Karl, Tommy’s lover, who may know more about Tommy’s disappearance than he’s telling, and a confrontation with a restless spirit who wants only to—finally—rest in peace.
BUY
Ninestar Press
Amazon 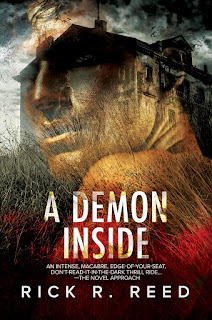 But will the house be the sanctuary he had hoped for? Soon after moving in, Hunter realizes he may not be alone. And with whom—or what—he shares the house may plunge him into a nightmare from which he may never escape. Sparks fly when he meets his handsome neighbor, Michael Burt, a caretaker for the estate next door. The man might be his salvation… or he could be the source of Hunter's terror. 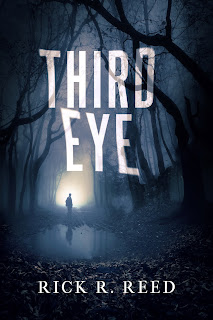 THIRD EYE
Who knew that a summer thunderstorm and his lost little boy would conspire to change single dad Cayce D’Amico’s life in an instant? With Luke missing, Cayce ventures into the woods near their house to find his son, only to have lightning strike a tree near him, sending a branch down on his head. When he awakens the next day in the hospital, he discovers he has been blessed or cursed—he isn't sure which—with psychic ability. Along with unfathomable glimpses into the lives of those around him, he’s getting visions of a missing teenage girl.

When a second girl disappears soon after the first, Cayce realizes his visions are leading him to their grisly fates. Cayce wants to help, but no one believes him. The police are suspicious. The press wants to exploit him. And the girls' parents have mixed feelings about the young man with the "third eye."

Cayce turns to local reporter Dave Newton and, while searching for clues to the string of disappearances and possible murders, a spark ignites between the two. Little do they know that nearby, another couple—dark and murderous—are plotting more crimes and wondering how to silence the man who knows too much about them. 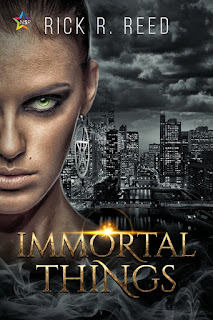 IMMORTAL THINGS
What would you give up for immortal life and love? 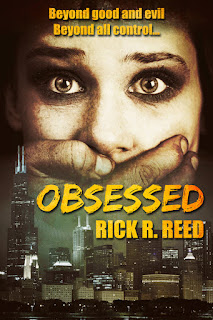 OBSESSED
Voices slam through the corridor of his wounded mind. The words of his dead sister cry out. His parents' taunts fill the silent room where he sits and waits--waits for the murderous rage, filling him with strength, driving him to kill, to touch the cold flesh, taste the warm blood--to feel alive again…

A witness has seen him, but his killing only turns her on and now she wants to protect him. His wife suspects him, but the private detective she hired cannot stop him. Joe MacAree fears nothing--except that he may no longer be human. The thirst that drives him is relentless, moving deeper and deeper into his own shattering, private realm, where each murder is a delicious new gift of life, where revulsion is beauty, and the obsession will never let him go. 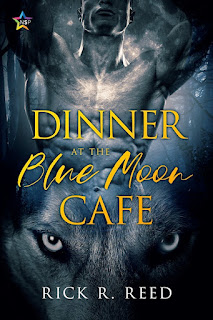 DINNER THE BLUE MOON CAFE
Amid an atmosphere of crippling fear, Thad Matthews finds his first true love working in an Italian restaurant called the Blue Moon Café. Sam Lupino is everything Thad has ever hoped for in a man: virile, sexy as hell, kind, and… he can cook!

As their romance heats up, the questions pile up. Who is the killer preying on Seattle’s gay men? What secrets is Sam’s Sicilian family hiding? And more importantly, why do Sam’s unexplained disappearances always coincide with the full moon?

The strength of Thad and Sam’s love will face the ultimate test when horrific revelations come to light beneath the full moon.