Life Changes in the BLINK of an Eye 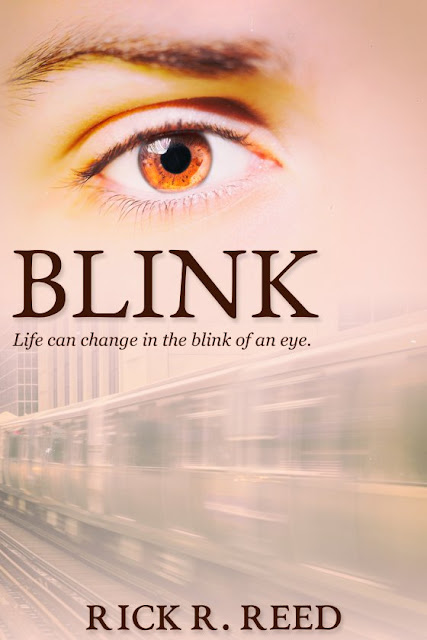 When I go back and re-read portions of Blink, my memoirish (I admit it!) gay love story, it takes me down memory lane—and back to my twenties.

Youth isn’t all it’s cracked up to be! I was 23 years old in 1981, when the first part of the book takes place and I was big in denial of my gay self. So big, in fact, that I was engaged to be married to my (female) college sweetheart. A large part of the first section of the book deals with two young men being attracted to one another on one of Chicago’s L trains.

Both of them had issues. The character modeled after me, Andy, had more issues that Carlos, the character Andy lusts after, to his great shame. But even Carlos, out at the time, but still not so proud, struggles a bit with his sexuality, which is evident from this little taste from Blink, taken from Chapter 2 and written from Carlos’ point of view.

ABOUT THE BOOK
Life can change in the blink of an eye.
That's a truth Andy Slater learns as a young man in 1982, taking the Chicago 'L' to work every morning. Andy's life is laid out before him: a good job, marriage to his female college sweetheart, and the white picket fence existence he believes in. But when he sees Carlos Castillo for the first time, Carlos’s dark eyes and Latin appeal mesmerize him. Fate continues to throw them together until the two finally agree to meet up. At Andy’s apartment, the pent-up passion of both young men is ignited, but is snuffed out by an inopportune and poorly-timed phone call.
Flash forward to present day. Andy is alone, having married, divorced, and become the father of a gay son. He’s comfortable but alone and has never forgotten the powerful pull of Carlos’s gaze on the 'L' train. He vows to find him once more, hoping for a second chance.
If life can change in the blink of an eye, what will the passage of thirty years do? To find out, Andy begins a search that might lead to heartache and disappointment or a love that will last forever ...
EXCERPT
The guy obviously has a thing for me. I’ve caught him staring now a couple of times and, hey, I’m flattered. He’s cute. No, maybe that’s not a strong enough word. He’s handsome, with green eyes and dark wavy hair that clues me into some sort of Mediterranean heritage. Italian maybe? Greek?