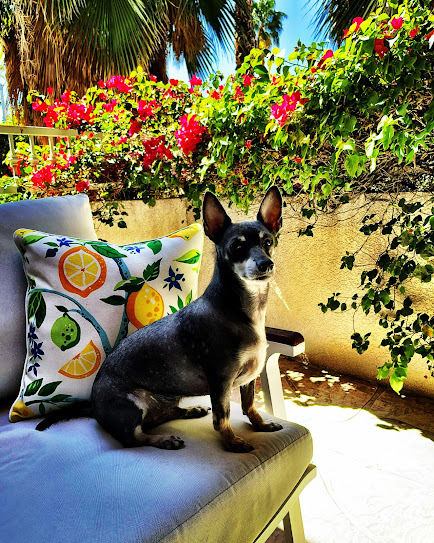 Today, I’m #grateful for our #rescuedog, Joaquin. Today is his gotcha day (aka his adoptive birthday). He’s been with us two full years now, bringing joy and laughter at every turn. Here’s his #story: 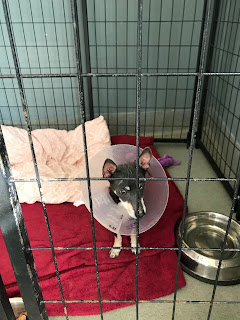 Home. It's a concept not all dogs, rescue dogs especially, recognize. So many of them have been abandoned, abused, left behind that they become suspicious of the concept. For far too many of them, home is a pipe dream, a fantasy, a pot at the end of a rainbow that may never materialize.

For our Joaquin, home disappeared the day his owner died. He found himself alone in a kennel at the Palm Springs Animal Shelter. All around him were unfamiliar noises--the barking of numerous and strange dogs, humans talking, humans gawking. How did I get here? he must have wondered. He tried to escape and his attempts were viewed as comical by volunteers and staff. "Look at that little guy! He can climb right up those wire cage walls!"

I heard about Joaquin and his feats, but I only found his searching for an escape route sad. He was looking for home, I thought.

And then I saw him, a little man with the most incredible green eyes. He was a chihuahua mix, as so many of the shelter residents were. But it wasn't only his eyes that set him apart. Perhaps it was stress from losing his home, perhaps it was genetic, but Joaquin had almost no fur. His dark skin hid the fact. He was still unquestionably beautiful. 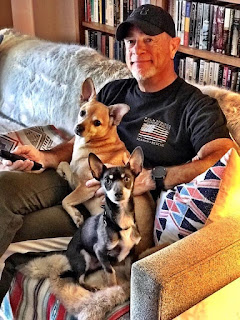 For me, a volunteer at the shelter, it was love at first sight. From the moment I locked my own green eyes with his incredible ones, I was a goner. We already had another shelter dog at home, a very good boy called Kodi, and we weren't looking to add another.

But, as the weeks went by (and Joaquin remained unadopted), I fell more and more in love. I'd get to my dog-walking shift early, so I could make sure I would be the one to walk him. He seemed to know me, and would look up at me from time to time as we walked. He followed me around during playgroup in the yard, ignoring the other dogs and pleading with me to pick him up.

And then Thanksgiving weekend arrived. I got to the shelter early, as usual, just so I could be sure to have my time with Joaquin. But this time, his kennel was empty. He was gone! I looked to the board where all the dogs were listed and saw that he was being fostered for the holiday weekend. I despaired. Anyone fostering this beautiful little boy with the big personality would surely keep him. 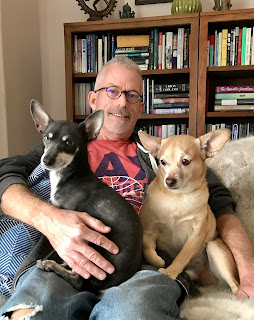 I checked the board again and saw that the foster was a staff member at the shelter. I went right home and emailed her, saying I'd be happy to foster Joaquin if she had too much on her hands. She came back quickly with an email thanking me for taking him; she'd even deliver him to my house.

Joaquin has been a part of our family, our pack, ever since that day. His big brother, Kodi, got used to him in stages, but he too gradually fell in love with what he initially saw as a little interloper in his kingdom.

Now, we don't know what we'd do without Joaquin (or Kodi!). Rescue is truly the best breed.