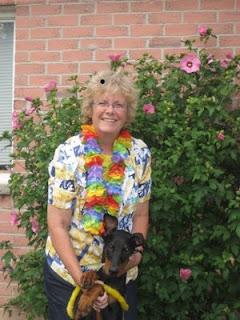 P.A. Brown and I sat down outside the scene of a double homicide in LA, where she was researching material for her next book. After P.A. washed the blood off her hands and stashed an evidence bag full of hair in a storm drain, we got down to the serious business of answering my ten silly questions.


1. If you could invite any famous person, dead or alive, for dinner, what would you eat?
Michael Connolly, and I'd want a full steak dinner, the finest cut, cooked to perfection with champagne and something sinfully rich for dessert, though chances are I wouldn't have room to eat it. But a night spent talking to him, hell, I probably wouldn't eat anything.


2. Who do you think you are?
Patricia Cornwell. Hey, we share a first name, we both write thrillers. And I'd sure like her books sales figures.


3. What’s your problem?
Not making any money at this damned 'hobby' of mine and being told I'm not really working.


4. If you could have one wish, would you give it to me?
No, I'd use it to give myself ten more wishes. Who do you think I am, your fairy godmother?

5. Where you at?
Having a mid-life crisis. It's been ongoing for the last decade, but I don't want to surrender it, since what's left? Old age? Uggh.


6. If you had to choose only one vice, what would it be?
Sex – is that really a vice? Or drinking. How about drinking while having sex? Now that conjures up some delicious thoughts.


8. When you wake up in the morning, what celebrity do you most resemble?
Either Phyllis Diller or Marty Feldman, from Young Frankenstein, hump and all.


9. Do you know your ass from a hole in the ground? And if so, how do you tell the difference?
My ass might be big, but it's not big enough to fall into or trip over. And it could never break a horse's leg. 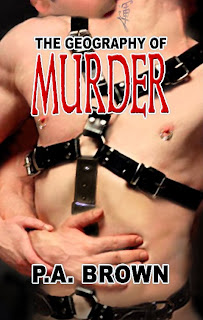 P.A. Brown says this about herself: Southern California, where I lived from 1978 to 1986 was for me the land of dreams and lies, where illusion battled daily with reality, and reality rarely wins. People ask why I write. It's simple really, I write to give the little voices inside of me an outlet. Otherwise they'd drive me crazy.

So it was probably fitting that I spent eight years there. L.A. Heat grew out of those sometimes dark, always fascinating days. Like nearly everyone else who makes the trip, I went to Hollywood to reinvent myself. But I quickly discovered that in Hollywood, writers have about as much cachet as what a dog leaves on your lawn. Did I stop writing? Hell no, I just stopped telling everyone I was a writer, and just kept perfecting my craft.

Eventually I dropped the idea of doing screenplays and went back to my real love: novels. It was years before I took up bragging rights again and once more told anyone crazy enough to express even the least interest that yes, I was a writer and I wrote Science Fiction - then - and murder mysteries - now. For a while, when I wasn't writing I used to paint. There's not much left of those days, the odd scattering of sketches and a painting or two.


I'd also like to plug my new trailer for Geography of Murder. It's almost as hot as the book.