Schoolteacher Charlie Matthews returns to his hometown, looking to regain a sense of community, reconnect with friends, and settle down. It looks like his dreams have come true when paramedic Josh Campbell attends an accident at the school. It’s love at first sight, and a romance begins.

But Josh’s reluctance to come out to the brother who raised him, puts pressure on their fledgling relationship. While Charlie understands Josh’s concerns, he can’t help growing impatient. After all, Charlie came out years ago.

It’s not until Charlie confronts his own parents and realizes he hasn’t come to terms with their rejection that he fully understands what Josh has to lose. But Josh is Charlie’s hero, and Josh will do anything to prove to Charlie that he doesn’t need his parents to be part of a family. 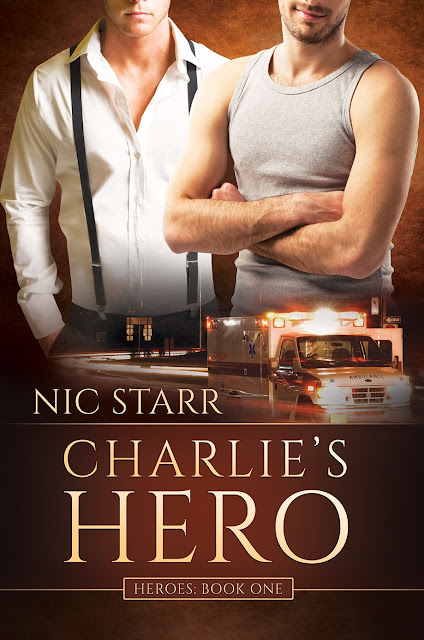 He only glanced their way for a second, obviously reluctant to take his attention away from the little girl who needed him, but that was enough. Their gazes connected, his warm brown eyes seeming to look straight into Charlie’s soul. The surge of emotion that flooded through him took him by surprise. The paramedic blinked and the spell was broken. They moved swiftly past Jenny and Charlie, then loaded the gurney into the back of the ambulance.​