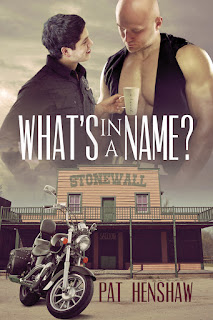 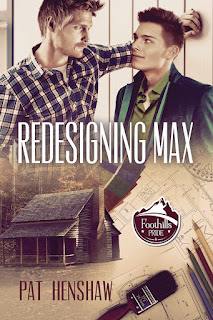 Every Wednesday, I put on my pimp clothes (I favor feathered hats and zebra prints

with a little crushed velvet) and help promote the new or old work of some of my favorite fellow authors. Be sure to stop by every week and see what’s new.

This week, I’m all about two books, WHAT'S IN A NAME? and REDESIGNING MAX by Pat Henshaw.
Here’s what Pat has to say about her books:


At one point when my daughters were growing up, I read a book by Indries Shah entitled World Tales: The Extraordinary Coincidence of Stories Told in All Times, in All Places.  In it Shah presents the retelling of common fairytales, the ones most of us know from our childhoods, as they were told in other times and by world-wide cultures.
For example, there are a charming Algonquin Cinderella and a Welsh retelling of Aladdin. Like all folktales, the stories in the book aren’t exactly the same as the ones most of us know, but each reflects the culture and peoples from which it sprung.  I’ve carried the variations of these stories in my head for years.

So when I began writing my Foothills Pride novellas for Dreamspinner Press, in a way I saw the retelling of the age-old tales in terms of gay men and love in a contemporary California setting.

My first story, What’s in a Name?, which published in January 2015, riffed on the quirky Rumpelstiltskin fairytale in which a man’s name holds power and intimacy.  Unlike the story we know best, however, my tale has no threatened babies, but rather the specter of modern day hate crimes and homophobic acts while barista Jimmy Patterson tries to guess the given name of the handsome owner of the historic Stonewall Saloon.

The second in the Foothills Pride stories, Redesigning Max, out July 29, takes a look at a modern Cinderella tale.  When outdoorsman and closeted gay man, Max Greene, first spies new Stone Acres, California, resident Fredi Zimmer, Max tumbles into lust and possibly love.  But since Max has been in the closet his entire life, he realizes right away he needs help figuring out how to woo a man.  Who better to take him in hand (in oh-so-many ways) than the flamboyant architect and designer, Fredi?

And the third in the series entitled Behr Facts, coming in October, finds six foot six Abe Behr, CEO of Behr Construction, being charmed by golden-haired CPA Jeff Mason.  Someone in the Behr family is embezzling from the company, and Abe needs Jeff’s help in uncovering the culprit.  The basic Goldilocks props are integral to the plot: a chair in which Abe gives Jeff a sensual backrub, a bed for when their hormones take over, and lots of food.

The Foothills Pride saga only begins there as I’m currently finishing the fourth, When Adam Fell, and plotting the fifth, Cookie.

For now, both What’s in a Name? and Redesigning Max are available to readers who like their romances light and bite-sized, and their men as exciting as the gays living in Northern California foothills communities.

BUY
What's in a Name?