THE COUPLE NEXT DOOR Is Now Out in a Brand-new Edition!

So pleased to announce my psychological thriller/romantic suspense novel is now out in a new edition from NineStar Press! The awesome cover design is by Natasha Snow. 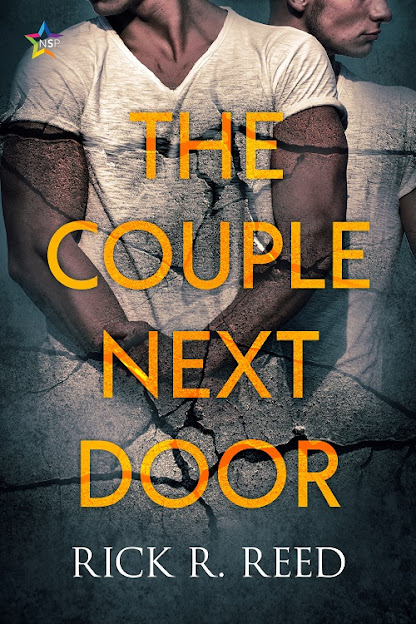 The Couple Next Door
Rick R. Reed © 2020
All Rights Reserved

How many disappointing dates will I endure before I just give up?

I mean, here I am, a perfectly attractive, fit, self-sufficient thirty-year-old, and I’m still waiting to meet the man of my dreams. Mr. Right. Hell, tonight I’d even settle for that character who seems to come along on dates for most of us, the all-too-common Mr. Right Now. But even he isn’t on the seat beside me. In fact, I strongly doubt he’s anywhere in the vicinity of the Capitol Hill neighborhood of Seattle where I live.

Mr. First Date pulls his Ford Fusion up to the curb in front of my apartment building on Aloha Avenue. We sit in awkward silence for several long moments, listening as the engine ticks down as it cools. I can feel him looking at me. As he’s done most of the evening, he waits for me to speak. I turn my head and, in the dark, give him a weak smile. The date, dinner at a little sushi place on Broadway, had not gone well, full of uncomfortable silences, awkward pauses, and desperate looks around for avenues of escape—on both our parts.

Do I need to say we just didn’t click?

I didn’t think so.

So what he says now surprises me.

Really? We’ve just spent an hour and a half of agony together, trying to find a snippet of common ground that doesn’t exist, and he’s wondering if I want him to come up, which we all know is code for “Shall we make the beast with two backs?”

Seriously? The most irksome thing is, I’m considering it. I mean, he’s cute in spite of our lack of social connection. He’s a games developer for a software company here in town and looks it, with a sort of hipster/geek vibe going on. He has red hair, which I love. He has a beard, which I love. He wears retro glasses, which make him look paradoxically goofy and sexy—which I love.

Would it be so terrible to sleep with him? I mean, it’s been at least two weeks since I’ve enjoyed the charms of anyone other than Mr. Thumb and his four sons, so at least in terms of a release, maybe I should just say “Sure” and open the car door. If things go like some of my dates in the past, he’d follow me upstairs to my apartment and be back in his car in, like, fifteen minutes.

No, I tell myself. And then I tell him, shaking my head, looking sad, and saying the words countless heartbreakers have used over the years to stop ardent passion in its errant tracks.

I don’t need to be psychic to know that we both know another time ain’t gonna happen.

Neil seems relieved as he restarts his car. He shrugs. “It’s okay. Club Z’s just a couple minutes away, right? Down Broadway and a right on Pike—easy.”

He grins at me, and I wonder if he expects me to laugh. Club Z is one of Seattle’s filthiest bathhouses, and yes, it’s only a few minutes away. He doesn’t seem to need directions.

It’s my turn to be relieved that I didn’t actually succumb to the temptation of inviting this jerk upstairs. Wordlessly, I get out of the car and slam the door behind me.

Neil roars off into the damp and still night.

I pause and sigh, staring up at the building in which I’ve lived for the past five years. It’s an okay place, an old redbrick three story with none of the modern amenities—no stainless steel, granite countertops, or gas fireplaces. My apartment is homey. It even has the original tile, sink, and claw-foot tub in its single bathroom. The living room is large, with three big windows that look out on Aloha and let in lots of light—on the days when we have sun in Seattle (that means usually summer days). The floors are scuffed original hardwood. The kitchen actually has a pantry and built-in china hutch. I’ve painted the place a cheery, soft yellow.

Upstairs, the TV, with its DVRed episodes of at-odds Sons of Anarchy and Downton Abbey, awaits. Upstairs, there’s the gelato I love from Whole Foods in the freezer—hazelnut dark chocolate.

Such is my life. Comfortable and a little lonely.

Sometimes I wonder, like Peggy Lee, if that’s all there is.

I head toward the glass-paned front door. I grope in my jeans for my keys. The mail had not yet arrived before I left for my date, and I wonder if there will be any surprises in the vestibule mailbox. You know, like an actual letter from someone, standing out from the usual assortment of bills and solicitations by the cursive spelling out of my name—Jeremy Booth.

My problem is I always have hope, even when there’s little reason.

I open the front door, and that’s when everything changes. My life turns upside down. I go from bored discontent to panic in a split second.

The first thing I hear is someone shouting “No!” in an anguished voice. I look up from the lobby to see two figures on the staircase above, on the second-floor landing. One is a guy who looks menacing and so butch he could pose for a Tom of Finland poster. An aura of danger radiates from him. Aside from his imposing and muscular frame, he’s even wearing the right clothes—tight, rolled jeans and a black leather biker jacket with a chain snaking out from beneath one of the epaulets. His high- and tight-buzzed hair gives him a military—and mean—air. He has his hands on the shoulders of a guy who looks a bit younger and much slighter, making me want to call up the stairs, “Why don’t you pick on someone your own size?” The smaller guy, blond and clad only in a pair of pajama bottoms, struggles with his attacker, looking terrified. Their movements, clumsy and rough, would be comical if they weren’t so scary. The smaller guy is panting and batting ineffectually at the bigger one.

“Please! No! Don’t!” the smaller guy manages to get out, his voice close to hysteria.

I have never seen either of these men before. In fact, the whole scene has the quality of the surreal, a dream. The danger and conflict pulsing down the stairs makes my own heart rate and respiration accelerate, causing feelings of panic to rise within me.

And then the worst happens. The big butch guy shoves the smaller one hard, and all at once he’s tumbling heavily down the stairs toward me.

The fall is graceless, and it looks like it hurts. It’s over so fast that I’m left gasping.

I look up to see the leather-jacket guy sneer down at his mate, lying crumpled and crying at my feet, and then turn sharply on his heel to go back into a second-floor apartment that had been vacant yesterday. He slams the door. The sound of the deadbolt sliding into place is like the report of a shotgun. Both slam and lock resound like thunderclaps, echoing in the tile lobby, punctuation to the drama and trauma of this short scene.

I switch into Good Samaritan mode and drop to my knees at the sniveling, crumpled mess of a man lying practically at my feet.

“Are you okay?” I ask and reach out to lightly touch his shoulder.

He jerks away and, wincing, pulls himself up into an awkward sitting position. He stares at me with clear blue eyes for a moment, almost as though he’s trying to place me. He finally looks away.

“My ankle is throbbing. It hurts like hell. Maybe I twisted it.”

I don’t know what to say, other than to ask, “Would you like to try and stand? Test it out?”

I lean over to grip him under the arms—it’s damp there, and I can smell the ripe aroma of body odor, probably inspired by fear or panic—and pull. He comes up with me and then stumbles, wincing and crying out.

“Damn. I might have sprained it when I fell.” His eyes are so appealing, in both senses of the word, as he stares at me, as though seeking direction for what to do next. He leans on me, taking his weight off the injured ankle.

I keep my arm around him, and together we limp over to a bench set beneath the bank of common mailboxes. We sit.

“I don’t know. I think Cole may have locked me out for the night.” 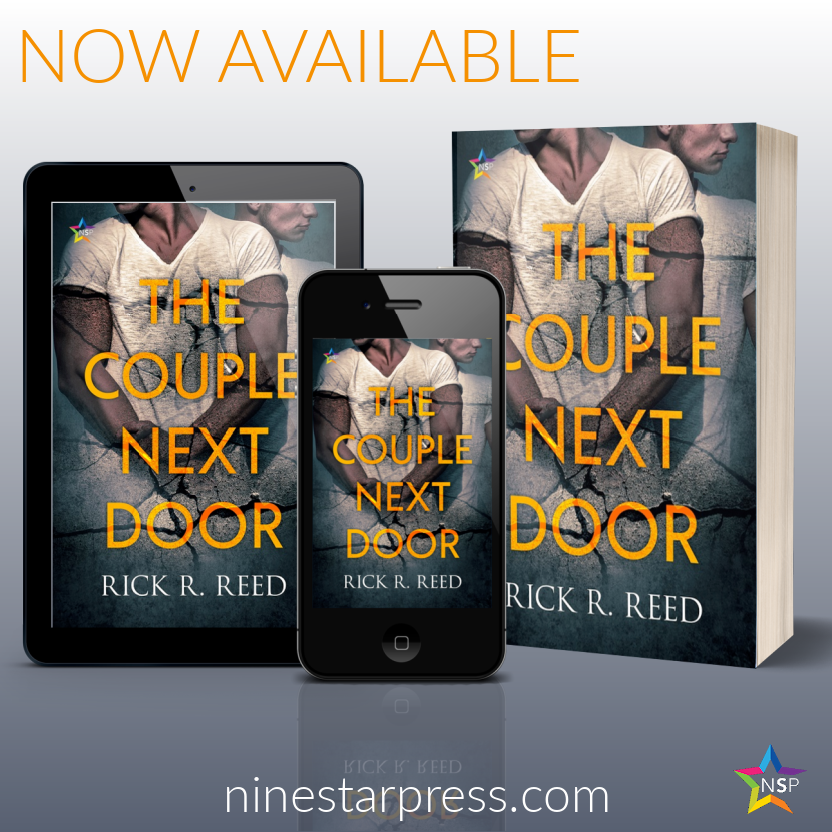