Evolution of a Cover A DEMON INSIDE 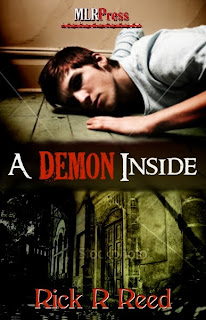 A Demon Inside is my gay horror/romance about a possessed house in the wilds of Wisconsin, coming out next summer from MLR Press.

I recently had the privilege to work with the great--and very receptive--cover artist Alex Beecroft on the cover for the book and wanted to share with you the process we went through in order to get to the final product, which you see at left.

I stared off by giving Alex the following suggestions, along with the synopsis that had already been developed for the back cover.


"Hunter Beaumont doesn’t understand his grandmother’s deathbed wish: “Destroy Beaumont House.” He’d never even heard of the place. But after his grandmother passes and his first love betrays him, the family house in the Wisconsin woods looks like a tempting refuge. Going against his grandmother’s will, Hunter flees to Beaumont House.
But will the house be the sanctuary he had hoped for? Soon after moving in, Hunter realizes he may not be alone. And with whom—or what—he shares the house may plunge him into a nightmare from which he may never escape. Sparks fly when he meets his handsome neighbor, a caretaker for the estate next door, but is the man his salvation…or is he the source of Hunter’s terror?
I am also attaching three other covers that convey the mood and style of what I hope for (one of them is yours). While I don't care for the type at all, THE CHOSEN is probably closest what I'm looking for: a creepy old house and two male figures facing one another, all shadowy and moody.
The house in the story, by the way, is a big old American field stone mansion. It doesn't have to be exactly like that, but I wouldn't want to see anything like a castle or an English manor, if you go that route. But I encourage you to play with ideas and let your imagination roam free."

These are the covers I sent Alex to use as inspiration:

Right off the bat, Alex came up with a the cover we would eventually go with, proving that there's something to be said for trusting one's first instincts. Of course, I couldn't just go with the first attempt and I asked her for more options, saying: "I really, really love it and am tempted to say we're done. My only hesitation is that there's just one male on the cover and the idea that this is also a gay love story as well may not come across. Would it be too much to ask if you could do something that would incorporate two males, like the cover I sent you for THE CHOSEN?

I am not ruling this one out by any means, though. It's terrific. But just wondered if you could do an alternate with the above in mind..." Here are a few of the choices Alex came up with:

Obviously, the "couples" idea just didn't work as well as the solitary guy (if you look closely at the second one, you can see where she even tried adding a cracked photo in a frame to add the dimension of my main character fleeing a broken relationship); too corny for me. The cover using the guy appearing out of smoke was cool, but too horror-ish and also not easy to immediately discern just what the hell it was. 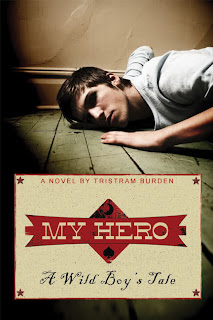 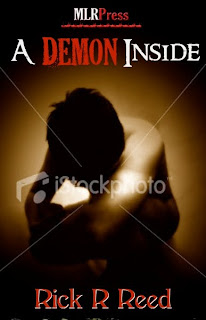 So I had just about decided to go with option #1, when I ran across the cover for the book above. Oh damn! I thought, we can't use that; it's almost the same. Yes, the image was a stock photo and could be used by anyone, but still... Alex went back to work, photoshopping the existing #1 choice to swap out colors to make it look different. It looked different, all right...and not as good. We tried some other options, including the one at left, which I loved, but not as much as the first.

You know how the story ends of course. After long thought and talk with Alex, we decided the best option was the one that was the most intriguing and arresting, which was the very first one she came up with. We both agreed no one was likely to even run across both covers (until now) and that they were different and that the books they fronted were very different as well. Besides, as Alex showed me, images for cover art have a history of being used and reused on several different books. Just go to Reusable Cover Art for a whole bevy of examples of how many books use the same images for different covers.

So, I'm satisfied and looking forward the summer publication of A Demon Inside.

But I really want to know: what do you think of the cover? Please let me (and Alex) a comment below.