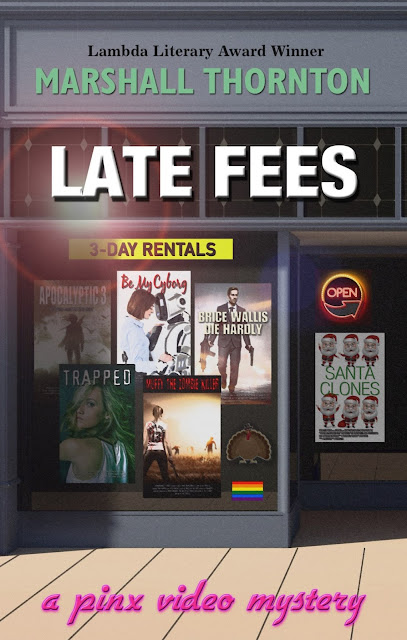 Delighted to have mystery writer Marshall Thornton with us today for some indelicate, yet oddly fulfilling, probing.


RR: If you could invite any famous person, dead or alive, for dinner, what would you eat? MT: Rock Hudson. My plan would be to skip dinner entirely.

RR: Who do you think you are?
MT: I believe that writers can only write about themselves, so I guess I’m my books. And that’s maybe a little disturbing.

RR: What’s your problem?
MT: Money. I know that at base money is imaginary, and yet I can never manage to imagine myself having more.

RR: If you could have one wish, would you give it to me?
MT: Um, are you dying? Otherwise, no. (Honey, we're ALL dying.)

RR: Where you at?
MT: In front of my computer.

RR: If you had to choose only one vice, what would it be?
MT: Hmmm… I think we need definitions here. Sex is healthy so I don’t consider that a vice. Being judgmental is my idea of a vice. And no, I won’t give it up. I choose judgement.

RR: What’s your favorite brand of cereal?
MT: Oatmeal. In a cookie.

RR: When you wake up in the morning, what celebrity do you most resemble?
MT: Jack Nicholson in The Shining.

BLURB for LATE FEES
The third book in the Lambda Award-Winning Pinx Video Mystery Series, Late Fees, will be out on November 10th.

It’s Thanksgiving, 1992 and Noah Valentine is late picking his mother up from the airport. When he arrives he discovers that she’s made a friend on the flight whose also waiting for her son. When the woman’s son doesn’t show up, they eventually take her home for breakfast with neighbor’s Marc and Louis. Soon after, they learn that her son has overdosed—or has he? Noah and his motley crew investigate over the holiday weekend; which includes a fabulous dinner, a chat with a male stripper, a tiny little burglary and some help from Detective Tall, Dark, and Delicious.