I'm so excited to announce that my latest book, a coming-out tale called UNRAVELING is now available at Amazon and at its publisher, Nine Star Press. It's somewhat autobiographical and I like to think it's a very touching and hopeful read.

BLURB
Randy Kay has the perfect life with his beautiful wife and adorable son. But Randy’s living a lie, untrue to himself and everyone who knows him. He’s gay.

Marriage and fatherhood, which he thought could change him, have failed. He doubts if anyone can love him for who he really is—especially himself.

With his wife’s blessing, he sets out to explore the gay world he’s hidden from all his life.

John Walsh, a paramedic with the Chicago Fire Department, is comfortable in his own skin as a gay man, yet he can never find someone who shares his desire to create a real relationship, a true family.

When Randy and John first spy each other in Chicago’s Boystown, all kinds of alarms go off—some of joy, others of deep-seated fear.

Randy and John must surmount multiple hurdles on the journey to a lasting, meaningful love. Will they succeed or will their chance at love go up in flames, destroyed by missed connections and a lack of self-acceptance?

I have my death all planned out.

Unlike the thirty-two years that have gone before, I want my passing to be peaceful and free of the discord and pain I’ve lived with for as long as I can remember. I want it to be easy. Effortless. Guilt-free.

Whether it’s any of those things remains to be seen.

I’ve rented this hotel room at a small boutique hotel off Michigan Avenue. The Crewe House has been standing on this same ground on Oak Street for at least a hundred years. The rooms are small, fussy, and charming, with flocked wallpaper, four-poster beds, and claw-foot tubs and pedestal sinks in their black-and-white bathrooms. It’s charming, and I deserve something nice to gaze at before I close my eyes for good.

I have some sandalwood-scented candles lit, and the fragrance is warm, enveloping. Their soft flicker is the only illumination. Outside, the winter sky darkens early. Dusk’s cobalt blue makes silhouettes of the water towers, train tracks, and buildings to the west of the hotel. Near the horizon the sky is a shade of lavender that mesmerizes me, makes me think of changing my mind. If a sky like this can exist, with its electric bands of color, maybe the world isn’t such a horrible place.

Maybe I can go on.

What else have I done to ease my passage into whatever comes next? I have a bottle of Veuve Cliquot, my favorite champagne, uncorked and resting in a silver ice bucket, filled with melting ice. A flute stands next to it, waiting.

I’ll wash the sleeping pills down with the bubbly.

Before getting into bed, I’ll turn on the cassette I have in my boombox, Abbey Road. I have it queued up to “Golden Slumbers.”

I’ve been carrying this weight for such a long time.

I long for smiles.

At last, I’ll undress and stretch out on the four-poster. I’ll pull the eiderdown duvet loosely over me and close my eyes.

The plan is I will slowly slip under, my brain becoming a soft velvety fog, and I’ll simply fall into the arms of a comforting—and obliterating—slumber.

I will not dream.

And I’ll leave a beautiful corpse.

That’s the plan, anyway. Some of my research into this method of offing myself runs counter to this gentle fantasy, but I don’t want to consider the downside of overdosing on strong barbiturates.

I want to go to sleep.

I want to forget the impossibility of being able to become the man I know I should be.

I blink back tears as I sit on the bed, staring out at the deepening twilight. They don’t deserve this: what you’re going to leave them with. I know the voice inside, the one that’s always made me do the right thing, at the expense of my very being, is right. And even though they don’t deserve it, you know they will hurt, of course they will, but in the end, they’ll be better off.

Who wants a husband and father who can’t seem to make himself straight, despite trying therapy, the Catholic Church, the Buddhist faith, self-help groups, and self-help books. A group of pathetic married men meeting once a month and thinking they can change. Nothing works. If I could change, I would.

And since I can’t change, I’m left with three options:

Accept myself as I am. How can I do that? I’d be a failure as a husband, a father, a son, a brother. I’d go on wearing this suffocating mask. I’d continue to live a life that’s essentially a lie.

Everyone who loves me doesn’t even know me.

They love a façade, a projection, a mirage made of wishes, impossible hopes, and self-hatred.

No, acceptance is not an option. It never was.

Second, I could resist. I could knuckle down and brace myself against the attractions I feel, the dreams that pop up in my sleep despite my desperately not wanting them there. I could hold myself back from falling prey to the temptations I feel on the streets, the subway, the locker rooms—everywhere I encounter a beautiful man.

The reason I find myself here is because I can’t resist. Not anymore.

Yes, Violet and Henry both will find a way to move on, and they’ll be happier, more anchored in life without me.

Who needs a gay dad? Or a husband who, deep down, doesn’t want what his wife has to offer? Or worse, a dad who contracts the death sentence of AIDS?

Enough of the grim thoughts. They were not part of my plan. Tonight, I go out peacefully. I’ll shut my eyes and remember things like my joy six years ago when Henry was born and seeing him take his first breath. I shouted, “We got a boy!” and fell into the deepest, most effortless love I’ve ever felt. I’ll remember proposing to Violet when we were both college sophomores and the thrill when she accepted the cheap diamond-chips ring I gave her. Things will be okay now, I remember thinking. I can change.

I really believed that. And I know I love Violet as best I can.

I reach over for the bottle of sleeping pills on the nightstand. There are thirty of them, and I intend to take them all, two or three at a time. If it takes the whole bottle of champagne to get them down, well, things could be worse. No?

I tip the bottle and look at the tablets against the dark wood, so innocent, yet so lethal.

I’m just reaching for one when there’s a sudden knock on the door. Loud. Forceful. Urgent.

The door knob turns as Violet’s voice penetrates the heavy wood of the door, making her sound muffled.

I close my eyes. I could ignore her, hope she goes away.

How did she find out where I was anyway?

She wasn’t supposed to know until she got the letter, the one neatly folded and an arm’s length away on the nightstand.

I gather the pills, shoving them back in the bottle, then hide the container in a nightstand drawer.

How will I explain?

I get up, cross the room, and open the door. 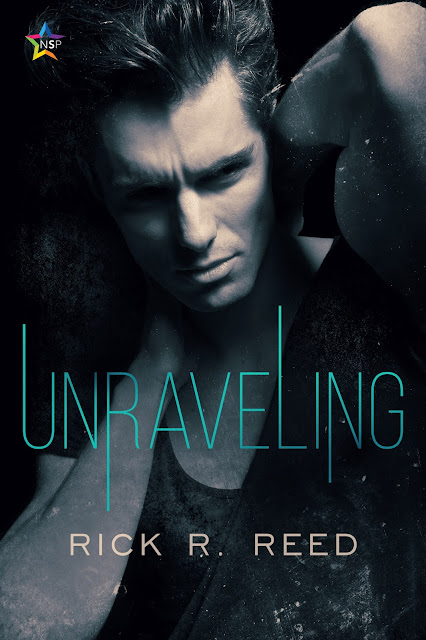