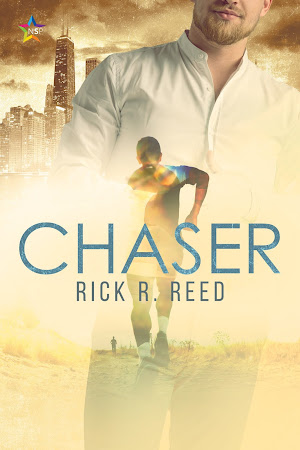 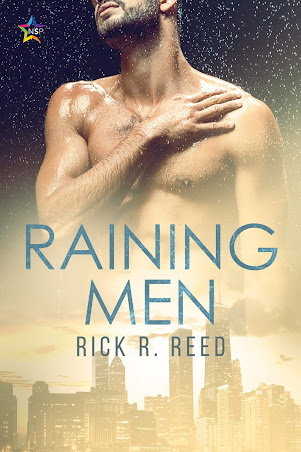 For #Pride2021 🏳️‍🌈, I'd like to highlight the novels I've written that have the most relevance to issues facing our #LGBTQ community.

Both CHASER and RAINING MEN deal with body image, sexuality, and self-esteem.

Get your copies from Amazon: https://www.amazon.com/gp/product/B075V3G2JX and other online retailers.

CHASER Caden DeSarro is what they call a chubby chaser. He likes his guys with a few extra pounds on them. So when he meets Kevin Dodge in a bar bathroom, he can’t help but stare. As far as Caden is concerned, Kevin is physically perfect: a stocky bearded blond. But Caden gets tongue-tied and misses his chance. When Caden runs into Kevin one night on the el train, he figures it’s fate offering him a second shot. Caden manages to get invited back to Kevin’s place for a one-night stand that turns into the kind of relationship he’s dreamed about. But the course of true love never runs smoothly—Kevin and Caden’s romance is no exception. When Caden returns from a few weeks away on business, Kevin surprises him with a new and “improved” body—one that fits Caden’s shallow friend Bobby’s ideal, but not Caden’s. Caden doesn’t know what to do, and his hesitation is just the opportunity Bobby was looking for. RAINING MEN The character you loved to hate in Chaser becomes the character you will simply love in Raining Men. It’s been raining men for most of Bobby Nelson’s adult life. Normally, he wouldn’t have it any other way, but lately something’s missing. Now, he wants the deluge to slow to a single special drop. But is it even possible for Bobby to find “the one” after endless years of hooking up? When Bobby’s father passes away, Bobby finally examines his rocky relationship with the man and how it might have contributed to his inability to find the love he yearns for. Guided by a sexy therapist, a Sex Addicts Anonymous group, a well-endowed Chihuahua named Johnny Wadd, and Bobby’s own cache of memories, Bobby takes a spiritual, sexual, and emotional journey to discover that life’s most satisfactory love connections lie in quality, not quantity. And when he’s ready to love not only himself but someone else, sex and love fit, at last, into one perfect package.