New and Notable: To Be Chosen by Michael Travis Jasper 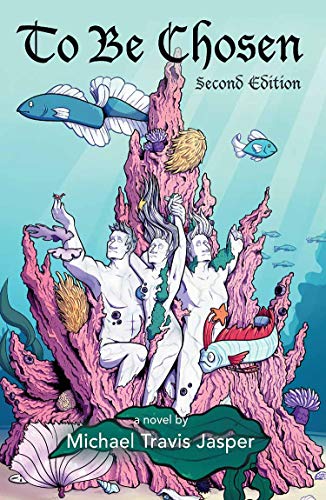 A great read for fans of #LGBTQ #fantasy!

A PARABLE FOR MODERN TIMES...

Roman didn't believe in magic or miracles. He believed in personal responsibility and making things happen. He was a force of nature in the corporate world...until his little girl died. That's when he lost his reason.

Blair believed in magic and miracles. She was born a witch, and then married a Christian minister that confirmed all of A her faith in the supernatural. She thought her marriage would last forever, then it stopped in the span of a breath.

Darby believed in fairy magic--the kind gay people make for themselves to survive in an unwelcoming world. College and physical training were a poor substitute for a social life until a hook-up with a classmate showed him people have destinies and there are no coincidences.

Before time began, God chose these three strangers for a mission. They would be known as the Avatarn. The Creator granted supernatural powers to each of them, and a shared immortal mentor appearing in a variety of forms to guide their journey. They will unite to fight a demonic invasion from another world and from Earth's own past. A motley group of friends and even the ghosts of loved ones join these outsiders, chosen to be God's Hammer, as they battle in city streets and farmyards to save humanity and each other.

Supernatural romance, spirituality, mystery, suspense, magical realism and humor combine in an adventure that provides a glimpse into the hardest and sweetest universal truths.

This contemporary fantasy is a provocative paranormal thriller for all those whom believe in a higher power or the magic that dwells within each of us. The surprising bonus is the chosen family born of a quest to save others while finding and fulfilling individual purpose. 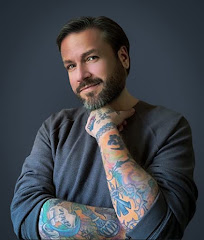 BIO
MICHAEL TRAVIS JASPER is appreciating the maturity half a century of life brings to his writing, but hopes his millennial husband keeps him relatively cool. To Be Chosen is the second edition of his first novel.

Raised in the small town of Troy, Kansas, he was happy to spend much of his adult life in the more cosmopolitan environment of Kansas City, Missouri. He now resides in St. Joseph, Missouri, where his free time is devoted to church service, LGBT issues, social justice advocacy, considering additions to his considerable tattoo collection, and co-parenting entirely too many cats.