Spend Some Time with THE COUPLE NEXT DOOR 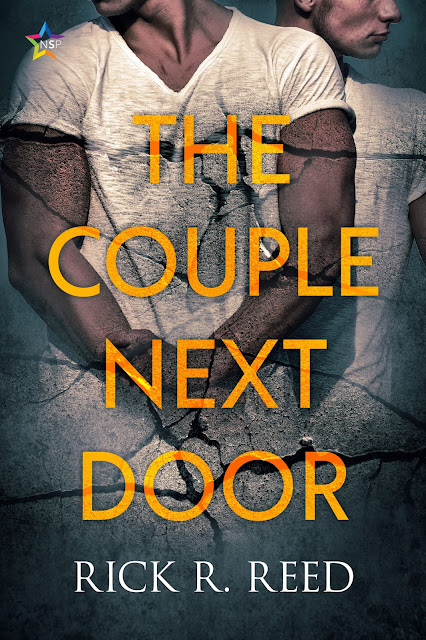 Below is an excerpt from The Couple Next Door. It’s a scene where two lost souls—Jeremy and Shane—at last unite, under very difficult circumstances. See, Shane has been physically and emotionally abused by the man with whom he lives. Jeremy has been witness to it and has tried to be a friend, to help, to perhaps even be a savior. He’s tried to keep a respectable distance.

But the pull between these two men, as you’ll read, is just too powerful…. 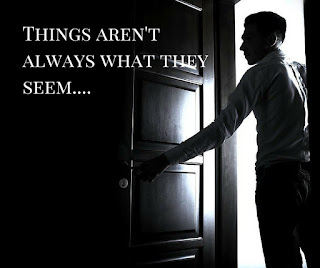 What, I ask myself for the thousandth time, have I gotten myself into? The answer comes to me in an image: Shane, smiling, the delight clear in his icy blue eyes when he first sees me.

A man. It’s always a man. If I could learn to live without men, I’d be happy, I tell myself.

Good luck with that.

I go into the kitchen, grab some oranges and a couple of protein bars from a drawer. It’s a meager breakfast, but it’s the best I have to offer.

Knock, knock, knock and Shane opens the door. His eyes are rimmed in red. He looks as though he hasn’t slept—like me. He wears a torn and faded navy blue T-shirt and gray sweatpants. I can see the outline of his cock through the loose jersey fabric. My mind wanders away from danger, scaling other exhilarating heights.

He looks breathtaking. All I want to do is hold him, comfort him, and go from there—proceed directly to his bedroom, do not pass go. Why am I thinking of sex at such a horrible time, when he has shared with me the truth of his history? Now is the time for talk, not lovemaking. Yet the lust persists like an itch right in the center of my brain. There’s only one way to scratch it.

It’s like he’s read my mind. He takes the fruit and the protein bars from me and turns away to set them on the arm of a chair near the front door. Then he comes back to me and enfolds both of my hands in his own.

The moment is too charged with something, some kind of electric connection, for words. Talking would break the spell. The silence is delicious and weighted.

His hands are warm, verging on fiery, feverish. He tugs me toward him roughly, and before I know what’s happening, I’m in his arms. This is no friendly “hello” hug. This is an embrace born of hunger, of desperation, of an animal need for comfort. His mouth seeks mine, starving, and the merging of our lips and tongues is like some kind of communion. It’s more than passion. It’s the uniting of two lost souls.

And with the thought of lost souls, I realize why we both feel such a connection. In his famished kiss, I can feel not only his need for me but also mine for him.

We stop only long enough to turn, to head toward the bedroom. Shane never lets go of at least one of my hands. I can almost feel his need to cling, to ensure I don’t escape.

He kicks the door closed, and then he’s on me like some kind of jungle cat, ripping the few clothes I wore off, scratching me in the process. I will not see the claw marks until later, until they appear red and scarlet on my flesh. I will rub them, treasuring the memory connected to them. Now, though, there is only animal want and the desire, deep-seated, for human comfort that only oblivion can provide.

We tumble on one of the two beds crammed into the room together, so hungry we can’t stop devouring the other. Not just cocks but nipples, armpits, the crooks behind knees, the tender, sensitive flesh of our thighs, the smalls of our backs. Fluid—saliva, come, tears, all flow, and we exchange them. Greedily.
He mounts me. I mount him. We are in such a haze we almost forget the condoms and the lube.

Time stands still as we fuck. As we suck. As we wait, breathless, and do it again.

It’s not until I am lying in Shane’s arms later, when our respiration and heartbeats have returned to some semblance of normalcy, that we speak.

BLURB
With the couple next door, nothing is as it seems.