The Power of Redemptive Love in My Ghost Story, HOPE 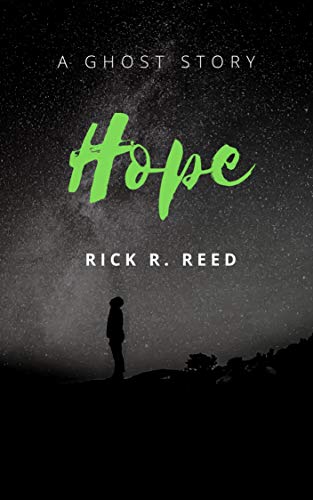 My short story HOPE is a poignant quick read. It's a little #scary, a little #sweet, and all about the redemptive power of #love.

ABOUT THE STORY
After Todd's mother dies from cancer, he moves back to his hometown in the foothills of the Appalachians from Chicago. It's 1997 and he's just been given a death sentence: an HIV-positive diagnosis.
Todd expects his remaining time on earth to be spent alone. But Cal, his handsome next-door neighbor, has other ideas.
Cal is not the only surprise in Todd's new life. Todd begins having visions of an older woman, Essie, when he dims the lights. Is she just a figment of his imagination? Or is she a truth teller? When she talks to Todd, she's smart and hopeful.
When Todd tells Cal about the ghost, Cal knows her already because Todd's mother spoke with her before her death. Essie was a godsend when Todd's mom was in so much pain.
And now, Essie urges Todd to live...for himself...for new love. But is she too late?