New and Notable: Lily Sawyer's FROM THE DEPTHS 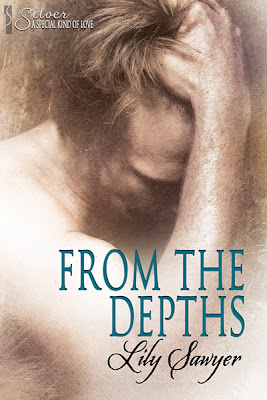 Lily Sawyer's new book sounds like quite an adventure. Read the synopsis and except and see if you aren't tempted to buy (buy link is at the end of the post).

WIN A FREE COPY! Leave a comment with your e-mail below and Lily will pick a winner from the entrants for a free copy of From the Depths.

BLURB
To the world, Harry Goldberg appears to be a ordinary, happy-go-lucky man. He has a great job working at Nosh Deli on Long Island. His co-workers and customers love him. But Harry has a secret--he suffers from depression. No one understands what it's like to live life on the edge and not to be able to let anyone know for fear of driving them away. That is how Harry has led his life, alone except for his faithful cat.

But things change when a new delivery man shows up at the deli; one that he finds himself attracted to. But there is no one who can love someone with so much emotional baggage like him--is there?