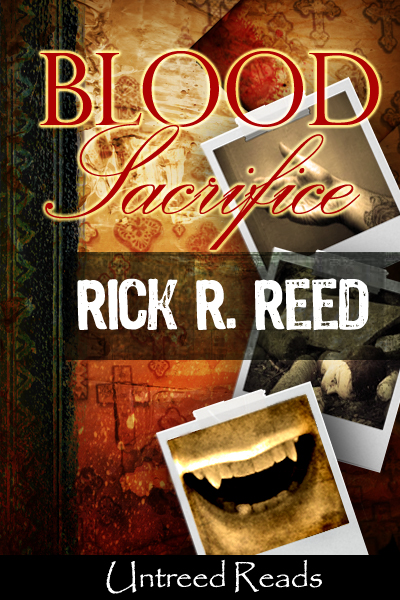 Blood Sacrifice is my only full-length vampire novel. It moves restlessly between present-day Chicago and 1950s New York City and the art scene in both times and places. It also asks deep questions about immortality, art, and love. And I like to think it's pretty scary!

GET YOUR HALLOWEEN READ ON FOR ONLY $.99
Kindle 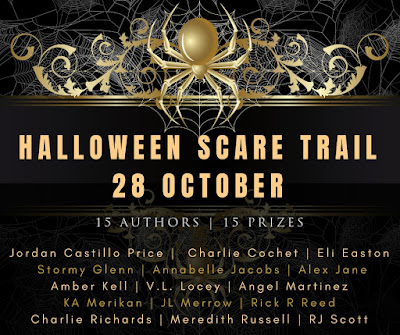 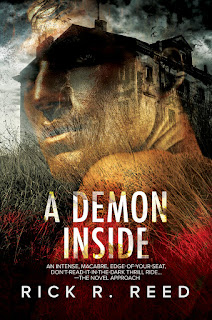 AND WIN A COPY OF A DEMON INSIDE, PLUS LOTS OF OTHER COOL HALLOWEEN PRIZES FROM 14 OTHER AUTHORS...DETAILS BELOW. JUST LEAVE A COMMENT TO BE ENTERED TO WIN!

BLURB
What would you give up for immortal life and love?

Elise Groneman stares out the window, stomach roiling. What she has is like stage fright. She gets it every night, before she ventures out of her tiny Rogers Park studio apartment on Chicago’s far north side. It’s always been amazing to her that just a few minutes’ walk to the north is the suburb of Evanston and a different world; there, the streets are tree-lined and clean, the homes palatial, the condos upscale, the restaurants grand, and the stores exclusive. Affluence and culture preside. Yet here, on Greenview Street, one encounters abject poverty, crime, the detritus of urban desperation: tiny brightly-colored baggies, fast food wrappers, condoms, empty alcohol bottles, even pieces of clothing. The sidewalks are cracked, the grassy areas choked with weeds and garbage. Here in Rogers Park, the normal folks―the ones who travel on the el to work downtown every morning―stay inside, so as not to mingle with people like Elise, or the man outside her window right now, who’s screaming, “What the fuck do I care what you do, bitch? It ain’t no skin off my ass.” Elise glances out and sees the man is alone. A boy cruises by on a bicycle that’s too small for him. The bike is stolen; either that, or he’s a runner for some small time dealer, delivering and making collections. Sometimes, there aren’t many options for moving up the ladder.

But this neighborhood is all Elise can afford, and, unless she picks up more clientele soon, she may even be crowded out of this hovel she begrudgingly calls home. Once, she shared the place with someone else, but those days, for better or worse, are long behind her.

Elise moves to the window, attempting to obliterate memory by the simple act of staring outside. Dusk has fallen and the sky belies the earthbound life before her. The sun is setting, the sky deep violet, filtering down to tangerine and pink near the horizon. If she keeps her eyes trained on the riot of color and shape to the east, she can almost forget where she is.

But the denizens of Greenview Street make sure she stays reminded. They stroll the night in an attempt to escape the heat, the hot, moist air pressing in, smothering. They call to one another, using words she had barely heard, let alone used, back in Shaker Heights, Ohio, where she had grown up: nigga, motherfucka, homey. Fuck used as an adjective, verb, and ejaculation (but rarely, ironically, utilized in a sexual context). Snatches of music filter out from apartment windows. Cruising vehicles pass by, bass thumping hard enough to cause the glass in her windows to vibrate. She has picked up names of artists like Bow Wow, Def Soul, and Trick Daddy as she walks the streets. Elise puts a hand to the screen, testing the air. Will there ever be a breeze again? She wonders if her neighbors would recognize any of the names attached to the music she loves, names like Vivaldi, Smetana, Bach. Other music fills the street: arguments and professions of love shouted with equal force. Headlights illuminate the darkening night, which is also lit by the flare of a match here, neon there, and sodium vapor overall. The world glows orange, filling up not only the streets of the city, but the sky, blotting out the stars.

East of her churn the cold waters of Lake Michigan, and Elise imagines its foam-flecked waves lapping at the shores. She’d like to pad down to the beach at the end of Birchwood Street, kick off her sandals and run across the sand and into the water, its cold obliterating and refreshing. She wishes she had the freedom, but east is not her path. Her way lies south, to Howard Street, purveyor of pawnshops and prostitution.

Elise turns to survey her cramped apartment. Near the ceiling, industrial green paint peels from the walls to reveal other coats of grimy paint no color describes. Metal-frame twin bed, sheets twisted and gray, damp from sweat and humidity. Next to that, Salvation Army-issue scarred oak table, small, with the remains of this night’s meal, a few apple peelings, a knife, and a glass half filled with pale tea, darkening in the dying light.

It’s a place no one would ever call home. Elise’s apartment is utilitarian, a place to work, to sleep, to eat. It’s little more than shelter.

The only sign of human habitation is her work: huge canvases mounted on easels, bits of heavy paper taped to her drawing board. Much of her work is done in charcoal and pencil, but the palette of grays and black remain constant, whether it’s a sketch or a completed painting. Her subject matter, too, is always the same, although the variety of choices she has to explore is endless. Elise likes to draw intensely detailed renderings of crime and accident scenes, aping the cold, clinical detachment one might find in a book of crime scene photographs. Here is a woman, slumped beside a corduroy recliner, a gunshot ripping away half of her head (the blood black in Elise’s rendering), beside her, a half-eaten chicken leg and the Tempo section of the Chicago Tribune, folded neatly and splattered with her gore. There’s a man lying beside a highway, the cars a fast-moving blurred river. His head has been severed from his body. On the wall she has masking-taped a nightmare in quick, staccato slashes: a young woman strangled and left to lie in the pristine environment of an upscale public washroom, clean, shiny ceramic tile, untarnished metal stalls. Another woman, looking bored, checks her lipstick in the mirror. Near Elise’s floor is a small, intricately detailed drawing done in charcoal: two lovers lie in a bed of gore, the aftermath―one presumes―of discovery of their union by a jealous lover. The woman has a sheet discreetly covering her up to the neck. The man lies splayed out in a paroxysm of agony. And why not? His offending penis has been slashed from his body. Is that it on the floor beside the bed, a smudge of black, nearly shapeless?

Enough of art analysis, she thinks. It’s her days she has designated to her art. Nighttime is when she prepares for her other job, the occupation that keeps a roof over her head. The job which perhaps is responsible for stealing the color from her vision.

Enough! Enough! Enough! she thinks. Put the introspection behind you. It’s time now, time to become a creature of the night, an animal doing what it must to provide its own sustenance.

She rummages in the apartment’s lone closet, pulling out one of her “uniforms,” clothing that helps identify her occupation as much a mechanic’s jumpsuit, or a waitress’s ruffled apron and polyester dress.

Tonight, she dons a short black skirt bisected by a wide zipper ending in a big silver loop. Over her head, she pulls a white T-shirt, tying it just above her waist. In combination with the low-riding skirt, it perfectly frames her navel. Elise pulls the skin apart and plucks out a piece of lint. She completes her ensemble with dark seamed stockings and spike heels. These are the tools of the trade as much as the brushes, sticks of charcoal, and pencils littering her space.

Elise flips back her long whiskey-colored hair, and leans close to the mirror. She lines her lips with a shade of brown, then fills in with glossy crimson. Cheapens her green eyes with thick black kohl. Elise pulls her hair back, away from her damp neck, and up, pinning it all together with a silver barrette adorned with the smiling face of a skull. Pentagram earrings. Tonight a witch, creature of the night.

Then she turns, hand on doorknob. The night awaits: exhaust fumes, traffic, the chirping of cicadas.

NOT ONLY CAN YOU WIN MY GAY ROMANCE/HAUNTED HOUSE TALE, A DEMON INSIDE, LOOK AT ALL THE OTHER PRIZES ON OFFER AS PART OF RJ SCOTT'S HALLOWEEN SCARE TRAIL!

Rick R. Reed - Ebook of A Demon Inside from DSP Publications
http://rickrreedreality.blogspot.com/