First Review of the Upcoming THE SECRETS WE KEEP 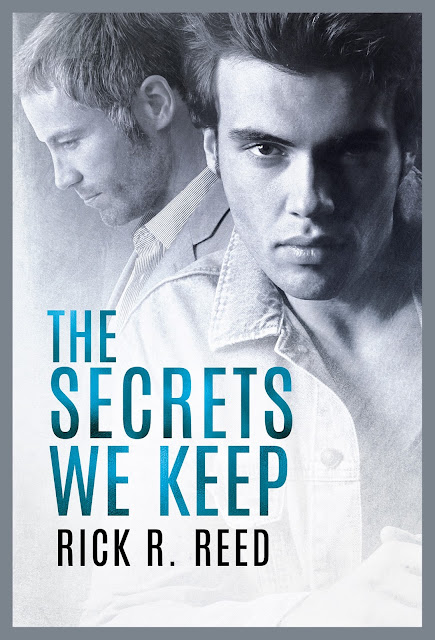 It's not out officially until 9/17, but my next novel, THE SECRETS WE KEEP, just got its first review (a rave and a recommended read!) from Gay Book Reviews.

"This is a wonderful book! That’s what Mr Reed usually gives us readers. But this review is a bitch to write.

First, to the extent that The Secrets We Keep is heavily character driven, and dependent on a fine limning of each of the leads, telling too much about them here risks diminishing the readers’ (hopefully) pleasurable experience in discovering all about them at the author’s fine hand. Next, as there is much about Secrets We Keep which falls into the noir genre, this reviewer should be stingy in the over-exposure of plot facts.

So, where does that leave us? We have a story heavily reliant on the timed revelation of the main characters’ difficult backgrounds. As a prolific author, Mr Reed excels in this technique, often using a person’s internal thoughts in clever and enlightening contrast to the spoken dialog. Ex. “Rob looked up . . . he shouted ‘Can I come up?’ Jasper sighed. He wanted to shout back down, ‘What for? Everything that needs to be said has already been said.’ But you know that is rarely the case. So he called, ‘I’ll buzz you in.’”

In the Prologue, Mr Reed inventively opens with a coup de foudre – a sudden and unexpected event. And then he proceeds, ignoring its weight, until he needs to return and rationalize it. After this opening, we meed Jasper (“Jazz”), a 25-year-old man disconnected to any particular life path – his “career” is re-folding clothes in a department store. Occasionally he cruises the local gay bars, and (stereo typically) Jazz knows all the words to Send in the Clowns! And even though he has been “in love” more times than he could count, he was lacking confidence and seemingly is lost in the world’s shuffle. He rooms with very supportive Lacy, who, a little older than Jasper, is totally Goth in her style. She, too, seems a disconnected soul, merely floating through existence. While Jazz and Lacy don’t seem the rich fodder for literary enchantment, Mr Reed shows us better.

Just when this plot’s forward movement might otherwise dead-end into a wall at high speed – changes are at hand (or, as my Jewish grandma might say, “more with the coup de foudre?” which also can refer to love or attraction at first sight). We now meet Rob, Lacy’s uncle – a middle-aged, gay, silver fox, and a best-selling novelist. Jazz is lit up by both Rob’s talent and his physicality. For Jazz, this time may be difference, and they exercise patience – as they (and we) get to know each other better. “He discovered he enjoyed getting to know a man’s heart and brain before what his dick felt like inside of him.”

That’s enough of plot and character. The Secrets We Keep is deep and light at the same time. We become emotionally attached to Jazz, Lacy and Rob – as well as their friends and family. We get full servings of mystery, passion and angst. And, saluting reality, even in a sad saga, Mr Reed remembers to throw in sufficient humor: “The dog eyes him with what Jasper thought was disdain. Even a Yorkshire terrier found him out of place.”

You won’t be disappointed to read this fine story."

BLURB
Jasper Warren is a happy-go-lucky young man in spite of the tragedy that’s marred his life. He’s on a road to nowhere with his roommate, Lacy, whom he adores, and a dead-end retail job in Chicago.

And then everything changes in a single night. Though Jasper doesn’t know it, his road is going somewhere after all. This time when tragedy strikes, it brings with it Lacy’s older, wealthy, sexy uncle Rob. Despite the heart-wrenching circumstances, an immediate connection forms between the two men.

But the secrets between them test their attraction. Will their revelations destroy the bloom of new love... or encourage it to grow?